Both houses to vote to approve on Wednesday, beating July 1 deadline 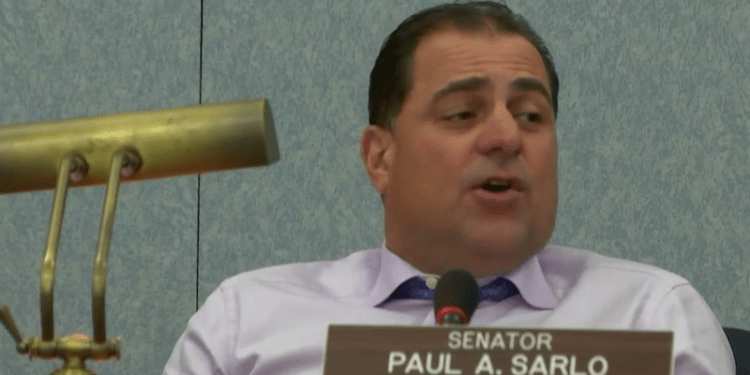 Democrats in the State Senate and Assembly agreed to a $50.6 billion budget on June 27, just days before the state deadline.

The deal includes the $2 billion ANCHOR property tax relief program proposed by Gov. Phil Murphy as a replacement to the Homestead Benefit Program; a recently announced back-to-school sales-tax holiday; fee waivers for marriage licenses and state parks among others; a $6.3 billion in surplus to help the state weather a slowdown in the economy; $1.7 billion in federal American Rescue Plan aid for capital projects around the state; and $12.7 billion in direct aid for schools.

Lawmakers on both sides of the aisle lauded language supporting the Joint Budget Oversight Committee to oversee the spending of federal funds, including those from the American Rescue Plan, and energy tax receipts being returned to municipalities.

State Senate Budget Chair Paul Sarlo (D-36) noted the increase in the budget from Gov. Phil Murphy’s $48.9 billion original proposal was a result of unprecedented tax revenues and federal aid that are being repurposed for tax saving proposals.

“It’s a significant investment of one-time, unprecedented federal dollars,” said Sarlo. “I think we could all sit around here and argue for days how they should be spent…I think the Senate was very fortunate that we were able to meet many of our goals as we went through the budget process.”

Sarlo prebutted criticism that the budget would have line items that could be used better.

“They will be called a bunch of slang terms, but they are investments,” said the Wood-Ridge lawmaker. “They are investments in our communities, our counties, our state, there to protect our most vulnerable citizens…We have a comprehensive bill that will invest in the future of New Jersey and provide the largest tax cut in the history of New Jersey for property taxpayers.”

Sarlo said after the committee adjourned that Murphy’s administration and top lawmakers struck the framework of a budget deal on last Friday and hammered out details throughout the weekend.

Assembly Budget Chair Eliana Pintor-Marin (D-29) added, “Would we like to have it done earlier? Yeah, we really wanted to have it done last week and that didn’t happen. We’re hoping there’s an opportunity…by the time we vote on Wednesday, for everyone to take a look at the bill.”

The budget Murphy and top lawmakers agreed to increase state spending by more than 9% from the current budget for the fiscal year that ends June 30, as tax revenue this year of about $9 billion, driven in part by short-term factors like federal stimulus and record-high inflation that helped boost tax collections across the board.

Republicans on the budget committees in both houses complained about the process that they believe did not fully consider their proposals as well as not allowing them enough time to read the 277 page proposal before voting it out of committee. In meetings that started at 1 p.m, the State Senate committee approved the budget around 8:45 p.m., about 25 minutes after receiving an emailed copy of the final bill; the Assembly vote happened 90 minutes later. The bills were passed along party lines.

“We are here at close to 10 o’clock, it’s dark out—and I can’t help but feel that my constituents back at home feel they’ve been left in the dark as well,” stated Assemblywoman Aura Dunn (R-26). “Witnesses said they can’t make an ascertain to support the bill because they haven’t seen the bill yet, well we have yet to see the bill.”

Assemblyman Hal Wirths (R-24) added “Three hundred pages delivered 31 minutes ago is not the way to do business…My biggest problem (with the budget) is that there is nothing for small businesses.”

GOP lawmakers faulted the Dems process that excluded any of their proposals they argued would have lower taxes and given money back to residents that are currently dealing with an inflationary economy right away.

“We could have done real structural changes,” said State Senate Minority Leader Steve Oroho (R-24) after rattling off plans they had offered that were not included. “I will characterize it as lots of lost opportunities.”

But Democrats argued the budget puts the state on proper financial footing, does not have a tax increases, makes a full pension payment, helps property tax payers and pays for key infrastructure projects that are needed in the Garden State.

“The bottom line is that this budget is something that we can be proud of regardless of what side of the aisle you’re on because every New Jersey resident will benefit from this $6 billion surplus, not just this budget, but budgets moving forward,” said Assemblyman Benjie Wimberly (D-35). “A surplus after years and years of downgrades from Moody is a pleasant welcome…I don’t know how anybody can be against a $2 billion property tax relief. I find it hard to believe that anybody could vote against that.”

The full state Legislature is expected to vote on the measure Wednesday, clearing the way for Murphy to sign it into law before Thursday’s midnight deadline, avoiding the threat of a state government shutdown.