Closure is being considered as part of nationwide restructuring 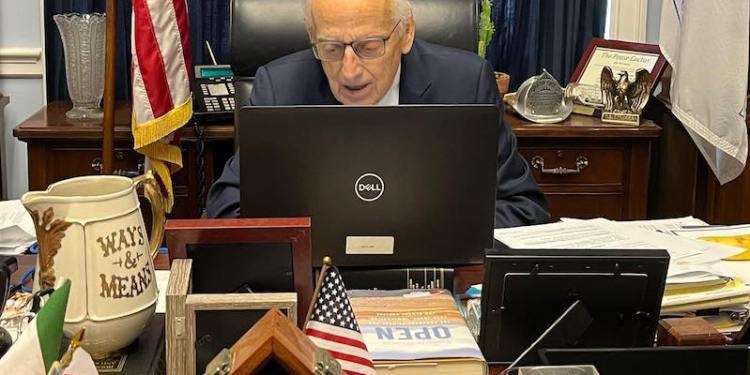 Rep. Bill Pascrell said he will fight a recent recommendation from the Biden Administration to close a Veterans medical facility in Paterson.

“The VA says it came to its recommendations by asking ‘what is best for the veterans we serve’,” wrote Pascrell to VA Secretary Denis McDonough. “Removing a community clinic that thousands of veterans rely on is not ‘what is best’ for veterans but is a slap in the face to those who served.”

The VA is proposing a nationwide proposed restructuring of its medical facilities. Under the new plan, the Paterson clinic would close  with patients instead treated in Hackensack. And veterans with spinal cord injuries would have to travel to a medical center in the Bronx instead of being treated in East Orange.

Across the state, the VA would create a new medical center near Camden and a new clinic in Toms River. Those changes are being made to reflect the needs of current veterans and build facilities where they’re living now, according to McDonough.

“VA came to these recommendations by asking ourselves one question above all else: what’s best for the veterans we serve?” asked McDonough. “Because that is our number one goal, today and every day.”

The recommendation to close the Paterson clinic is based on the decline in patients. It declined 17.4% from 2015 to 2019, and the number of veterans in Passaic County using the VA medical facilities is expected to decline another 19.4% by 2029, the VA said.

Senate for the Block

“The recommendations by the Asset and Infrastructure Review Commission to close down VA clinics across America and in North Jersey were…foolish, and cruel,” said the Passaic County lawmaker. “These veterans served our great country and the last thing any veterans deserve is seeing their health care diluted or diverted.”

“I thank Chairman (Jon) Tester (D-MY) and his bipartisan Senate colleagues for heeding our warnings and moving fast to shut down this unneeded, unwise plan and save our VA clinics….Today, those relying on our VA clinic in Paterson can breathe a sigh of relief. I will always fight for our the high quality health care for our Garden State veteran neighbors. This is a great day.”

Pascrell argued the VA is relying on flawed data to make facility closure decisions that will impact thousands of Americans who rely on VA resources. He noted that in February, the Government Accountability Office (GAO) released a report detailing significant gaps in the VA’s market assessment data, the same data that was used to develop recommendations.

“The VA was charged with compiling data on veteran health care and supply, identifying gaps between supply and demand, and developing proposals to respond to those gaps to help craft its recommendations,” he wrote. “Despite this mandate, GAO identified information discrepancies and incomplete data in VA documentation. This is unacceptable. This decision directly harming veterans in our district and across North Jersey is built on a faulty foundation.”

The congressman from the 9th District warned that if the VA moves forward with these recommendations, veterans will either forgo care or be forced to receive care in private facilities which is costly and not veteran-specific.

“The VA says it came to its recommendations by asking ‘what is best for the veterans we serve.’ Removing a community clinic that thousands of veterans rely on is not “what is best” for veterans but is a slap in the face to those who served,” said Pascrell.

A Navy veteran, Sherrill expressed her concerns that the proposals were “focused too much on quantitative data and fail to account for the needs and experiences of veterans who have been using these services for years.”

Sherrill said that many veterans like the way things are as they regularly get care in the 11th District.

“I know that for many of these veterans, these VA facilities are the main place they seek care because of the relationships they’ve built with providers, the routines they’ve built, or the convenience of the locations,” she said.