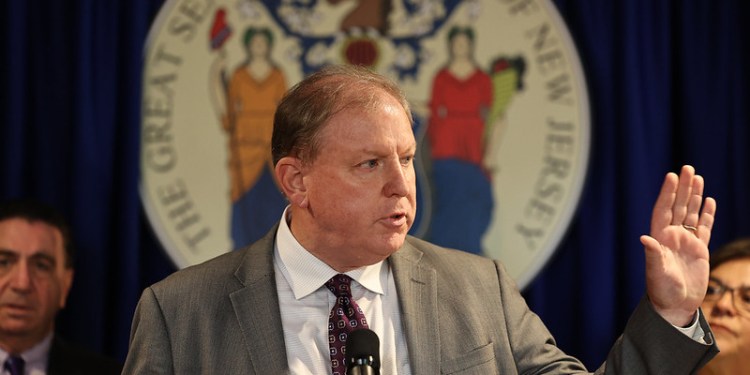 “We have to take the actions we can to keep our communities safe,” said Zwicker.

A spike in gun violence in 2022 has helped spur the legislation, with high-profile attacks reported in Uvalde, TX, and Buffalo, NY. This has prompted action at the federal level, as well, with both Sen. Cory Booker and Sen. Bob Menendez reintroducing legislation this year to help end gun violence.

The state’s package included three items that would restrict types of guns and certain ammunition, including S-2905 which would prohibit the future sale and possession of high-powered .50 caliber rifles by civilians. Additionally, S-2846 would increase penalties for crimes related to the manufacture or construction of ghost guns. Under S-2903, handgun ammunition would be more heavily regulated and purchasers would need to provide an ID.

A fourth bill (S-2847) would prohibit the possession of body armor in certain circumstances.

“The surge in gun violence has been horribly tragic, with lives lost, victims wounded and loved ones suffering heartbreak,” said Cryan, who was formerly the Union County Sheriff. “We have to continue to do all we can to keep deadly firearms out of the hands of those who pose a danger, off the streets, away from schools and out of our communities.”

The legislation looks ahead with S-2907 requiring licensed retail dealers of firearms to sell microstamping-enabled firearms, provide the Attorney General determines they are commercially available.

Additionally, S-2906 would require safety training prior to the issuance of a firearms purchaser identification card. It would require training for safe handling and storage of firearms with the input of the Superintendent of State Police.

New residents of New Jersey would have 60 days to obtain a purchaser identification card, and register their weapon with municipal or state law enforcement.

“We must ensure that gun owners are aware of how to safely handle and store a firearm to better protect our residents from unnecessary harm. Additionally, by incorporating microstamping technology, law enforcement would have a critical aid that would assist them in tracking down weapons used in crimes,” said Codey.

Despite passage from the Senate Committee, many of the Democrats are unsure of its prospects in the Assembly and the full Senate.

The suite of bills comes as the U.S. Supreme Court ruled in New York State Rifle & Pistol Association Inc. v. Bruen, in which a 6-3 majority ruled that individuals have a general right to carry firearms in public. Gov. Phil Murphy said administration officials were carefully reviewing the court’s ruling  and pledged to ensure that the state’s gun safety laws are as strong as possible while “remaining consistent with this tragic ruling.”

But GOP lawmakers said in light of the Supreme Court ruling, they may go to court to ease what are considered some of the tightest U.S. restrictions in New Jersey.

“I certainly hope we pass bills here, and I hope we do it sooner than later,” said Cryan to New Jersey Globe. “I’m certainly going to try to write one that ultimately ends up getting back to the court so that maybe, instead of a Mitch McConnell America, we can have a commonsense America,”