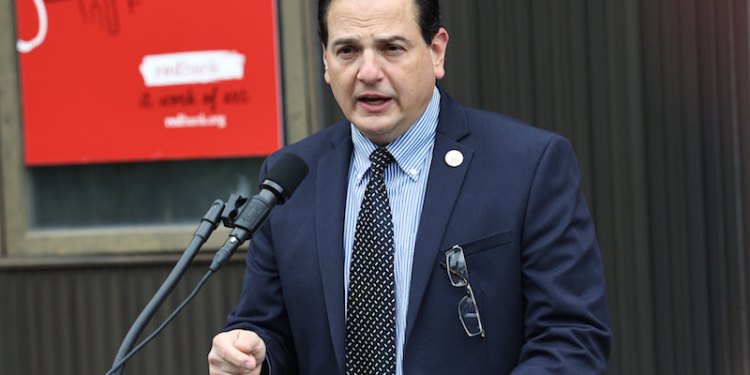 With a struggling economy on the brink of recession, New Jersey lawmakers passed a bill authored by State Senate President Nicholas Scutari (D-22) to raise the minimum amount of auto insurance coverage to about $120 in additional yearly premiums for nearly 1.1 million New Jersey drivers that critics say most likely can’t afford it.

New Jersey currently requires minimum liability coverage of $15,000 for an auto accident in which one person is injured and $30,000 if two or more individuals are injured. The coverage has been in effect since 1972, however doesn’t cover the costs resulting from the average accident in which an insurance claim is filed.

The burden of increasing insurance premiums in the middle of rising inflation will undoubtedly impact many low wage earners within the state, those that testified against the bill in committee this week. That stark reality has apparently motivated a number of key lawmakers to amend the bill, by removing some of the more costly provisions that would have increased the average premiums above $300.

However, on June 27 a fired-up Scutari came out swinging to defend the bill, saying that it was long overdue in protecting victims of crashes. During the committee hearing, the Senate President made a unscheduled appearance to argue that the bill would not immediately increase insurance premiums within the state.

“This is all nonsense…insurers cannot raise rates for a minimum of three and a half years. They cannot substantiate a raise in rates when we go to $25,000 in coverage. The industry cannot substantiate it. It is an impossibility. The Department of Banking and Insurance will not allow it,” said Scutari.

“The people of New Jersey need this Legislature to protect them from themselves because we tell them what they need to get, and that’s what they get.”

Scutari reminded follow legislators that taxpayers are the ones ultimately stuck paying the bills in “subsidizing unpaid medical bills” and “everything that the insurance industry doesn’t cover” in the minimum policy adding, “this is insane.”

James Lynch, president of the New Jersey Association for Justice, a group of personal injury and civil law attorneys, said he’s aware that few if any individuals like paying insurance, until they’re involved in an accident, then they’d wish they had the extra liability coverage.

“Someone that doesn’t have a lot of money, maybe that extra $10,000 in recovery would be extraordinarily meaningful to them – extraordinarily,” said Lynch.

Still the impending bill has a number of lawmakers worried that the additional increase in insurance premiums may push drivers into dropping their auto insurance, all together.

Gary LaSpisa, vice president of the Insurance Council of New Jersey, weighed in on the bill, suggesting that the second increase earmarked in 2026 should be removed and perhaps revisited at a later date, however he agreed with lawmakers that other provisions within the bill, namely going to $50,000/$100,000 as a minimum and raising the minimum personal injury protection, or PIP, coverage.

“I still think we will see a spike in the uninsured motorist rate because some people simply won’t be able to bear even the $130, we’re talking about,” LaSpisa said.

Another critic of the bill, Allison Cooper, vice president of government affairs for the American Property Casualty Insurance Association, warned lawmakers not to approve the increase when inflation is at a 40-year high.

“The cost of everything is going up, and we are concerned that those who are on a fixed income and are forced to choose between paying for basic necessities such as gas, rent, groceries, etc., they may very well opt to forgo insurance altogether,” said Cooper

During floor debate in the Assembly June 29, Assemblyman Robert Auth (R-39) urged his colleagues to oppose the bill.

However, Assemblyman Raj Mukherji (D-33) countered that the increase is needed in that current minimum liability coverage of $15,000 doesn’t even cover the average $18,000 cost from a crash, let alone the outer limits of exposure.

“When someone suffers losses or injuries exceeding that amount, they’re not even made whole,” said Mukherji.

Legislators passed the bill, largely along party lines, by a vote of 23-15 in the State Senate and by 44-29 in the Assembly June 29.