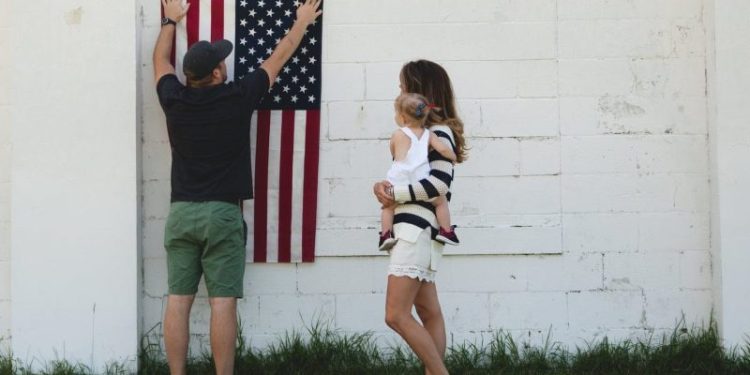 Photo by Josh Willink on Pexels.com

The testimony of Cassidy Hutchinson to the Jan. 6 committee this week should be a reminder to all that the politics of Americans still majoritively resides in the center.

Hutchinson, the New Jersey native who had previously worked for Sen. Ted Cruz among other GOP lawmakers in Washington, detailed the efforts by Donald Trump and those around him to stop the certification of the 2020 Presidential election. She explained the lengths those like Rudy Giuliani and White House Chief of Staff Mark Meadows went to to appease and help Trump direct a violent mob to the U.S. Capitol in their bid to disrupt the orderly transfer of power.

Hutchinson showed all of us what putting country over party truly looks like.

But Hutchinson has not been the only Republican in the Jan. 6 Committee to show her loyalty to the rule of law. Rep. Liz Cheney (R-WY), as vice chair of the committee, has given a no nonsense approach when describing the actions of those involved that provides credibility to the Congressional investigation.

Cheney has gone as far as describing Trump as a threat to the republic who had “gone to war with the rule of law” at a speech at Ronald Reagan Presidential Library in California June 29.

“At this moment, we are confronting a domestic threat that we have never faced before—and that is a former president who is attempting to unravel the foundations of our constitutional republic. He is aided by Republican leaders and elected officials who made themselves willing hostages to this dangerous and irrational man. Even after all we’ve seen, they’re enabling his lies,” said the daughter of a former vice president.

Republicans, Cheney said at another point, “have to choose,” because they “cannot both be loyal to Donald Trump and loyal to the Constitution.”

What Cheney is describing is just the latest example of our broken political process. Go down the line— state budgets of over 300 pages delivered 25 minutes before a committee vote, Supreme Court rulings that are out of step with the will of the majority, an inability to end mass shootings—and it is understandable that the American political center is becoming disenchanted to the point where they do not participate because they do not see their values reflected.

As we approach a weekend celebrating our country’s 246th birthday, America seems more divided than ever. Helped by old, new and social media, we have a political landscape that plays more to our differences than our common ground, willing to amplify the loud no matter the message for no other reason to get clicks and views. This is done for profit and power, the damage it is doing to our democracy be damned.

The rot is from a political absolutism as well that is engulfing both parties from their extremists wings. Ultra right wing conservatives continue to control the agenda of the Republican party and the decline for Democrats can be traced back to an overreach of the more liberal elements of the party, led by politicians such as Bernie Sanders, in the last couple of years.

Both parties should look no further than the 7th District of New Jersey, where a beginning of a new model is emerging. The launch of the Moderate Party, one that encompasses both Republicans and Democrats that no longer feel comfortable with the direction their leaders are taking their party, is one we think could be a new home for Americans who do not see their issues at the top of the two parties priority list.

What the current leaders of our institutions fail to understand is that the vocal extremists are the minority and not the will of the American people. We want progress and reform but not at the expense of destroying the bedrock foundations of security, financial stability and an affordable education that offers opportunities that make this country unique and admired by the rest of the world.

The time for protests are over and action is now called for. Talk to friends and family members in New Jersey and across the U.S. about politics. But more importantly, listen. Hear what their concerns are, what their beliefs are and why. Learn from what they tell you.

Being informed by those closest to you on their stances is the best way to strengthen your arguments, address their concerns, find common ground and even change their minds. Or change yours.

We have become a country that too often talks past each other in politics or decides it just is not worth it; because of this, we are losing moderates in both parties that are the true dealmakers in our statehouses. That was not the attitudes and actions of the Founding Fathers when they met in Philadelphia all those years ago and it should not be ours today.

Despite all its troubles, America is still the land of opportunity for so many and should be celebrated this July 4th. More now than ever, we need to make sure our fellow citizens share and those we elect promote our common values to move us forward. That will be our wish when we blow out the candles on our American birthday cake this weekend.