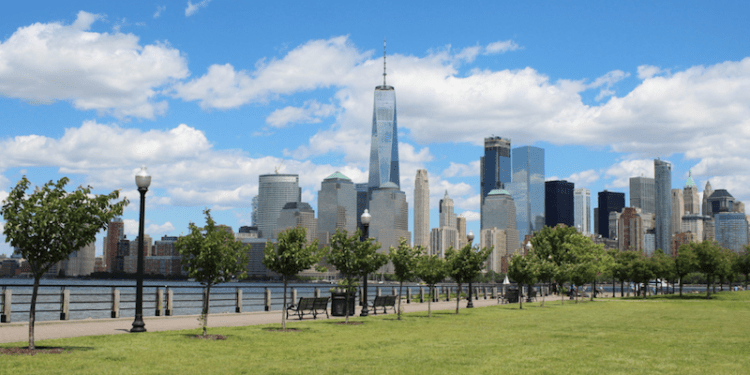 “For far too long, Liberty State Park has been neglected, and it is time we finally put in the work needed to establish it as the crown jewel of New Jersey’s park system,” said State Sen. Brian Stack (D-32), who served as a sponsor of the bill in the Senate.

An Open Space for Hudson County

Cunningham and Stack both touted the bill’s ability to protect an open space in Hudson County, and that it would ensure access to the park as well.

“In Hudson County, open space like this is extremely hard to come by, so it is imperative that we ensure this land is being utilized to its full potential,” said Stack. “My goal with this bill is that we can create a space for everyone to enjoy, ensuring that all residents will have the opportunity to experience our beautiful Garden State to its fullest capacity.”

Cunningham noted that while the park’s location is in the heart of Jersey City, the current transportation systems could pose difficulties for those looking to visit.

“Everyone should be able to travel to a park with ease, and with this task force in place, mobility would be improved so that everyone, regardless of their method of transportation, can easily get to and from the park,” said Cunningham.

Protecting the History of the Park

McKnight, Sampson and Chaparro noted the bill would protect the legacy of the park, and bolster its status as a national landmark.

“As one of only two places in the world from which Ellis Island and Lady Liberty can be accessed, Liberty State Park must continue to be preserved and enriched as a national treasure for the enjoyment of generations to come. This bill would allow us to better preserve the natural, historic, cultural, recreational, and scenic gifts this historical location has to offer,” they wrote in a statement after the bill passed the Assembly.

Sacco argued the popularity of the park drew over 5 million visitors annually due to its open space and amenities.

“With this space clearly being loved by so many, it is imperative that we dedicate the time and money necessary to ensure that generations to come will also be able to enjoy this amazing space. This bill is a critical step towards ensuring the longevity of this beloved Hudson County park,” he said.

One of the major criticisms of the bill was a lack of environmental protections, which Stack argued he would address via additional legislation to keep Caven Point as a nature habitat and public space, reported New Jersey Globe (June 28).

Critics of the bill have alleged that developer Paul Fireman is currently looking to expand his golf course into Caven Point, an issue environmentalists say was left unprotected in the bill. Stack’s bill seeks to address those concerns.

“The legislature stands on the verge of a historic investment in Liberty State Park,” Stack said of the task force bill. “This investment is only the beginning of what is going to be a community-led effort to finally bring attention, resources, and amenities to this great public park.”