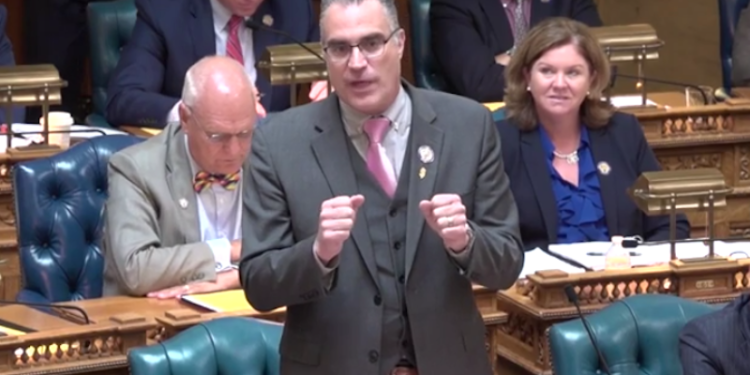 Parents of New Jersey public school children would have additional rights to observe, comment, and direct their kids’ education under a proposed “Parents’ Bill of Rights” put forth by a pair of Republican lawmakers.

Sponsored by Assemblyman Christian Barranco (R-26) and State Sen. Michael Testa (R-1), the legislation would “safeguard [children] against the increasingly radical agenda of leftist educators and administrators,” according to a press statement from both lawmakers.

Under the bill, parents would have a mechanism to fight back against New Jersey public schools that were “trying to hide controversial curricula from parents and taxpayers,” according to Barranco and Testa.

“School districts are not in the business of raising our children, they were put in place by the people, to serve those that vote for and fund their operations and the topics and content they teach our children will start and end with us,” said Barranco.

Barranco and Testa argued the legislation included language to declare that “it is a fundamental right of parents to direct the upbringing, education, and care of their minor children.”

Protections Under the Legislation

The bill would ensure that “information about a minor child should not be withheld, either inadvertently or purposefully, from the child’s parent, including information relating to the minor child’s physical and mental health, well-being, and education, while the minor child is in the custody of the school district.”

Additionally, the sponsors maintained parents (as taxpayers) are entitled to know the content of state standards of instruction, as well as local curriculum established by school boards in their districts. It would maintain that these topics be discussed at meeting of duly elected school boards.

“We believe that all information about public school education affecting students must be available to those paying for the education,” said Testa.

Testa and Barranco said that revelations about proposed sex education curricula in certain public school districts caused an uproar among parents, and said it underscored how some school administrators had hidden topics from parents.

“Parents are rightly upset about the stream of ultra-left indoctrination from some activist educators which seek to miseducate our students instead of preparing them for success in the real world,” said Testa.

GOP lawmakers raised the issue about health and sex ed standards that the New Jersey Department of Education adopted in June 2020 this Spring. Led by State Sen. Holly Schepisi (R-39), Republican lawmakers contend that the standards delve into a range of sex and sexuality-related topics before children reach appropriate ages for learning about them.

In response, Gov. Phil Murphy has directed the state’s Department of Education to review the standards “and provide further clarification on what age-appropriate guidelines look like for our students.” Additionally, the governor said the learning standards have been “intentionally misrepresented by some politicians seeking to divide and score political points.”

“This common-sense bill reforms an out-of-control attempt to unnecessarily introduce sexuality into our kindergarten and elementary school children. We trust parents to know what is best for their kids in this area and believe that they should have the final say, not the woke crowd who want to insert their progressive agendas into our classrooms,” Testa said at the time.