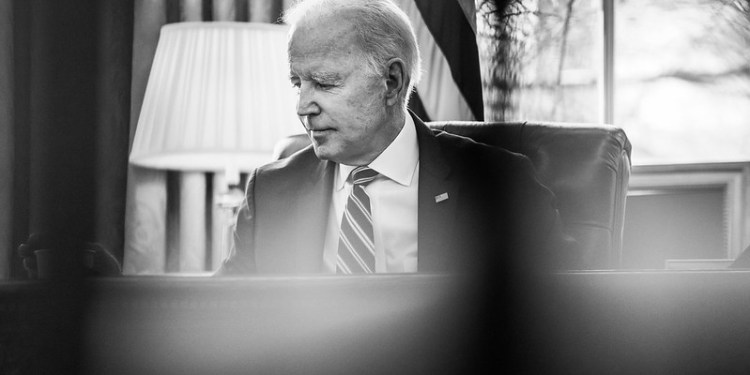 The American public is losing faith in democracy, the institutions that hold it together and the people occupying the offices.

At least that is the views of respondents to a series of Monmouth Polls over the last couple of weeks that sees the approval ratings of President Joe Biden and the U.S. Supreme Court at some of the lowest in history. And just under 40% of respondents offered that the U.S. government is sound.

President Biden’s overall job rating continues to trend downward, with only 36% approving of the job he is doing while 58% disapprove in a poll taking in late June by the Jersey Shore polling outlet. It has now been a year since Biden held a net positive rating (48% approve and 44% disapprove in July 2021).

On the Wrong Track

Even more alarming is that just 10% of Americans believe the country is headed in the right direction while 88% say it is on the wrong track. This marks an all-time low for this question going back to 2013. The prior low was recorded in May of this year at 18% right direction and 79% wrong track. Just 15% approve of the job Congress is doing, matching the May result.

“The state of the economy has Americans in a foul mood. They are not happy with Washington. However, that has not changed the overall picture of whom they want in control of Congress. The question is who actually shows up to vote in the Fall,” said Patrick Murray, director of the independent Monmouth University Polling Institute.

Split on Who Should Run Congress

But the national mood does not necessarily foreshadow an election that sees a sweep of Congress by Republicans. The public remains divided on whether they prefer to have the Republicans (36%) or the Democrats (38%) in control of Congress.

When the poll pushed for “leaners” among those who initially responded party control does not matter, 11% gets added to the GOP column and 9% for the Democrats. The combined 47% Republican and 47% Democrat split represents a statistically insignificant shift from the parties’ relative standing in prior polls.

While the poll is something that undoubtedly worries Democrats in Congress, negative public opinion of the Supreme Court after the abortion ruling was leaked held steady after their ruling was official released. A total of 53% currently disapprove of the job the court is doing, compared with 41% approving, largely unchanged since the leak.

Before the leak, though, the court had an evenly divided rating at 42%. That March poll showed 16% with no opinion of the Supreme Court—only 7% of respondents currently have no opinion, with practically all of the shift going into the disapprove column, according to the pollsters.

Compared to the March pre-leak poll, disapproval of the Supreme Court’s job performance has climbed among both Democrats (to 79% now from 54% in March ) and Independents (to 52% from 37% ). At the same time, the court’s approval rating has improved among Republicans (to 70% now from 52% in March ). Monmouth noted that six years ago, 65% of Democrats versus 36% of Republicans approved of the Supreme Court.

In response to the abortion and concealed carry decisions, Dems have floated the idea of reforms to the court that would include expanding it. But respondents do not seem to have the appetite for such as move as a total of 38% support expanding the Supreme Court from its current size of nine justices. While most Democrats (63%) support this idea, few Republicans (12%) do. These results are largely unchanged from September 2021.

Driving these law view of the three branches is just 36% of the public describes the American system of government as basically sound. This number has declined from 55% in February 2020 and from 44% in 2021, a few weeks after the Jan. 6 attack. Just over four decades ago, 62% said the American system was sound.

“There’s more than just partisanship at work in declining faith in the institutional framework of American democracy,” opined Murray.

The recent decline of faith in the American system has come at varying rates among those identifying themselves as a Democrat, Republican or Independent.

Among Republicans, the sense that our system of government is sound plummeted from 71% in early 2020 to 41% shortly after President Joe Biden’s inauguration in 2021, and has held fairly steady since then.

“Attacks on our fundamental democratic processes—and the lack of universal condemnation of those attacks by political leaders from both sides of the aisle—have taken a toll,” said Murray.