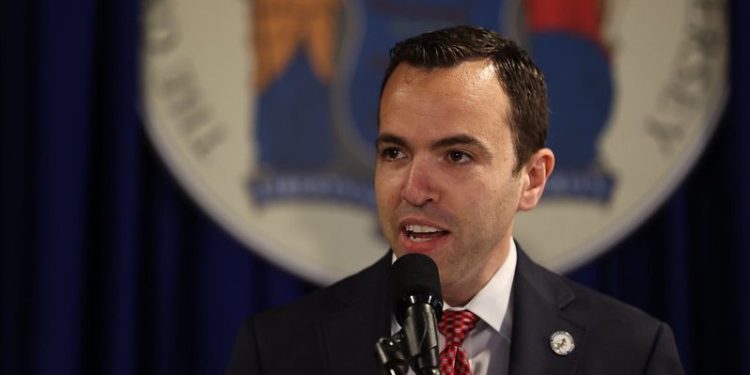 New Jersey Acting Attorney General Matt Platkin announced on July 11 the creation of a Reproductive Rights Strike Force, composed of officials across the Department of Law & Public Safety. The strike force will initiate civil and criminal enforcement actions and develop other strategic initiatives to protect access to reproductive health care and abortion care for New Jersey residents and residents of other states who travel to New Jersey to access such care.

Platkin said the move was necessitated by the U.S. Supreme Court’s decision in Dobbs v. Jackson Women’s Health Organization, which overruled Roe v. Wade and imperiled the rights of millions of women throughout the country.

“The Supreme Court’s right-wing majority opinion in Dobbs is a devastating setback for women’s rights in America and will harm millions throughout the country,” said Platkin. “But make no mistake: Abortion remains legal in New Jersey.”

“A woman’s right to choose what happens to her own body is a fundamental measure of freedom in a society and it must be protected if we are to uphold the founding principles that all Americans are entitled to life, liberty and the pursuit of happiness,” said Lt. Gov. Sheila Oliver. “I commend Acting Attorney General Platkin for taking this necessary action to not only protect, but to enforce, the rights and freedoms of women and care providers in New Jersey.”

The strike force will use available civil and criminal enforcement tools to protect the right to obtain abortion care in New Jersey, including by holding accountable individuals who threaten or intimidate patients or providers at clinics that provide reproductive health care; by holding accountable individuals who violate patient confidentiality requirements; and by developing strategic initiatives and undertaking investigations to help secure the private data of patients and providers and to limit the sharing of personal health-related data with third parties.

The formation of the working group is just the latest by the Murphy Administration and Democrats in New Jersey to ensure a woman’s right to choose.

In Jersey City on July 1 alongside State Senate and Assembly sponsors of the two bills, Murphy signed into law a bill barring a state medical provider from disclosing information about a patient seeking reproductive health services unless explicit consent is given and a second prohibiting the extradition of an individual to another state for actions related to reproductive healthcare services lawfully provided in New Jersey.

“While others throughout the country are revoking a woman’s right to reproductive freedom, New Jersey will continue to defend this fundamental right in our state,” said Murphy at the signing ceremony before leaving for a two week vacation. “By bolstering protections against potential repercussions for both health care professionals and patients, we are sending a message to all who seek or provide reproductive health care within our borders that we welcome and support you.”

And before the Supreme Court’s decision, Murphy earlier this year signed into law the Freedom of Reproductive Choice Act, which formalized the Roe v Wade precedent to protect the right to choose to terminate a pregnancy in New Jersey.

“The strike force we are creating today will ensure that these laws are enforced to the full extent possible, and that we use every available resource to protect access to abortion care in New Jersey,” said Platkin.