Unilever, Ben & Jerry’s Go to Court Over Sales in Israel 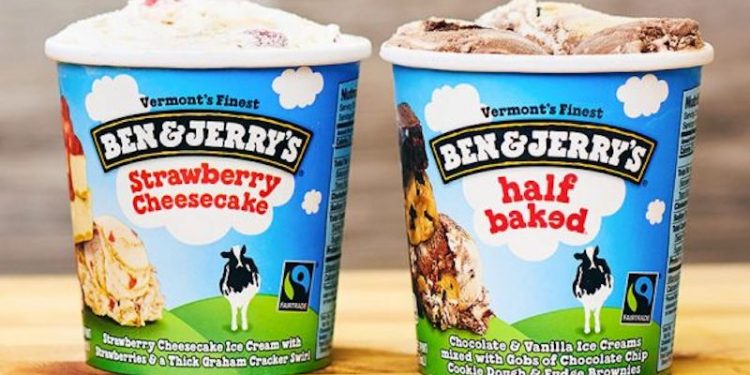 As President Joe Biden visits Israel this week, a battle is being waged in U.S. court over the sales of ice cream in the West Bank.

North Jersey-based Unilever is being sued by Ben & Jerry’s after reaching an agreement to sell the ice cream in the disputed area against the wishes of the ice cream maker.

The lawsuit is the latest in a year long battle between the two after Ben & Jerry’s announced in July 2021 that it would no longer do business in settlements in occupied Palestinian territory saying it was “inconsistent with our values.” The Vermont company cited humåan rights violations and “an occupation most nations view as illegal” when the announcement was made last year.

The disagreement between the two was re-energized after Unilever announced on June 29 that it had sold its Ben & Jerry’s business interests in Israel to Avi Zinger, the owner of American Quality Products Ltd (AQP), the current Israel-based licensee. According to the company with offices in Englewood Cliffs, the new business arrangement follows a Unilever review of Ben & Jerry’s in Israel after the brand and its independent Board announced last year its decision to discontinue sales of its ice cream in the West Bank.

“Unilever has used the opportunity of the past year to listen to perspectives on this complex and sensitive matter and believes this is the best outcome for Ben & Jerry’s in Israel,” according to the company in a press statement announcing the agreement. “The review included extensive consultation over several months, including with the Israeli government.”

One of those supporting Unilever is Rep. Josh Gottheimer, who had had denounced Ben & Jerry’s decision to stop sales as participating in the “antisemitic Boycott Divestment Sanctions (BDS)  movement…a big win in the global fight against the BDS movement that targets pro-Israel and Jewish organizations around the world.”

The new arrangement will allow Ben & Jerry’s to be sold under its Hebrew and Arabic names throughout Israel and the West Bank under the full ownership of its current licensee.

“We look forward to continuing to make a positive contribution to Israel’s economy and society for many decades to come, and hope that Israelis and Palestinians can reach a peaceful resolution of their conflict,” the company said in its release

At issue in the disagreement is that under the terms of Unilever’s acquisition agreement of Ben & Jerry’s in 2000, Ben & Jerry’s and its independent board were granted rights to take decisions about its social mission. But Unilever officials noted the company “reserved primary responsibility for financial and operational decisions and therefore has the right to enter this arrangement.”

In a complaint filed in U.S. District Court in Manhattan July 5, the company said Unilever’s decision violated a 2000 merger agreement about its social missions. When the decision was announced last year, the ice cream makers explained that they were discounting sales in the Occupied Palestinian Territory due to it being “inconsistent with our values.”

Sales were stopped last year in the West Bank territory occupied by Israel since the Six Day war in 1967 at the behest of the Ben & Jerry’s Board. Israel’s government sees the occupied territories as part of its economy and any efforts to boycott business in the areas are seen as applying to the country. Stopping sales of the ice cream in the occupied territories would have ended sales throughout Israel.

Ben & Jerry’s explain that “we’re a values-led company with a long history of advocating for human rights, and economic and social justice. We believe it is inconsistent with our values for our product to be present within an internationally recognised illegal occupation.”

In the lawsuit, Ben & Jerry’s said that Unilever had publicly recognized the brand’s right to make decisions about its social mission but then “abruptly reversed course.”

A judge denied Ben & Jerry’s application for a temporary restraining order but ordered Unilever to show cause by July 14 for why a preliminary injunction should not be issued.

When the deal was announced, Unilever stated that it “rejects completely and repudiates unequivocally any form of discrimination or intolerance. Antisemitism has no place in any society. We have never expressed any support for the (BDS) movement and have no intention of changing that position.”

Gottheimer, whose 5th Congressional District includes Unilever headquarters, had previously called on the company to reconsider its “wrong and misguided decision” to fuel efforts to single-out and undermine Israel.

“I will always oppose the BDS movement and its antisemitic and discriminatory efforts to target our key ally, Israel. That’s why I fought back against Ben & Jerry’s biased decision to boycott Israel,” said Gottheimer. “Although Unilever has not always made the right decisions regarding the antisemitic actions of its subsidiary, Ben & Jerry’s, I welcome the sale of its Israeli operations, finally putting an end to their support of the BDS movement.”

Previously, Gottheimer wrote to the CEO of Unilever expressing strong disappointment with Ben & Jerry’s decision to not do business in the West Bank and East Jerusalem. The State of New Jersey then announced plans to divest investments from Unilever, based on the 2016 state law that prohibits the investment of state pension funds in businesses that engage in boycotts of Israel.

“For far too long, Ben & Jerry’s has participated in the antisemitic BDS movement with their decision to not do business in the West Bank and East Jerusalem,” said the Congressman. “The news is a great win in the fight against antisemitism and biased boycotts undermining Israel.”