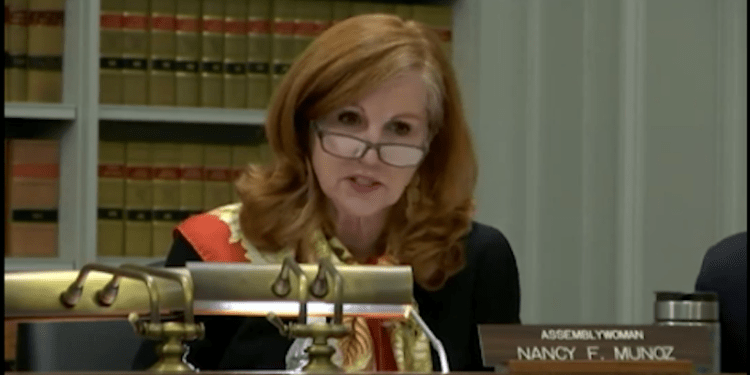 Assemblywoman Nancy Munoz (R-21) urged Legislative leadership to move her bills to stop taxpayer waste after a report from the Office of the State Comptroller (OSC) found widespread use of unlawful sick-leave payments.

Munoz argued that sick leave was “an insurance policy in the event you are too ill to work” and was never meant to be used as a bonus, but public employees had been paid hundreds of thousands of dollars when cashing in their accrued time.

“I think payout caps are good, but they are being largely ignored, so I would vote to eliminate the payments altogether,” Munoz said in a press statement after the report was released.

The OSC report found that in 57 of the 60 towns it reviewed, the town government violated some part of statewide reforms approved in 2007 and 2010 which capped how much a town could pay out to its employees upon retirement.

This is not a new issue for the GOP Assemblywoman. In 2008, Munoz introduced A-221 which would ensure sick-leave payouts do not count as compensation when calculating public employee pension benefits. Then, in 2012, Munoz introduced a bill (A-220) which would prohibit payouts to public officers or employees for accumulated unused sick leave.

“It’s time to end the yearly bonuses disguised as sick-time payouts. I urge Legislative leadership to post the bills for a hearing as soon as practicable,” declared the GOP lawmaker.

OSC noted 80% of the 60 towns surveyed let employees cash out their sick time when they resign or change jobs, and 60% allowed payments over the $15,000 cap. Forty-eight percent said they could give employees annual payouts for unused sick days.

“The laws on sick leave payments are being ignored by a lot of towns, and this is putting a financial strain on taxpayers. Mayors and council members who want to lower property taxes are missing an opportunity to do so.”

The three towns that did follow the laws were Montgomery Township in Somerset County, Upper Township in Cape May County, and Holmdel in Monmouth County.