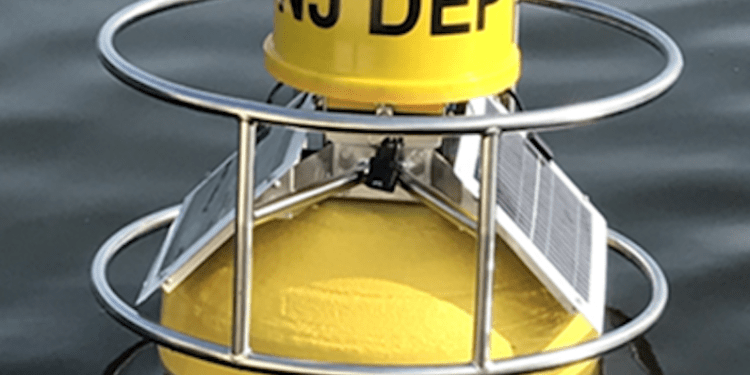 State monitoring equipment to fight an algae that in recent years has closed lakes in North Jersey have been damaged this Summer, leading to criminal investigation by state police.

“Whoever intentionally vandalized the harmful algal bloom monitoring buoys does not have our lake’s best interest in mind and is doing a disservice to the community,” said Jefferson Township Mayor Eric F. Wilsusen in a press statement July 14.

“These buoys gather water quality data used to warn the public about harmful algal bloom conditions and improve our long-term understanding of these blooms,” said NJDEP Commissioner Shawn LaTourette. “When someone cuts a buoy free, they are jeopardizing this work and placing boaters, personal watercraft users and other recreational users of the lakes at risk of injury.”

In addition, there have been three incidents of damage likely resulting from boats hitting the buoys unintentionally. The DEP reminds the boating public to be alert to the presence of the buoys and that he perimeter of each buoy is marked by safety buoys.

“State Police marine and land-based units have stepped up patrols in the areas of these buoys and we will criminally charge anyone caught tampering with them to the full extent of the law,” said Col. Patrick J. Callahan, Superintendent of the New Jersey State Police. “We are asking for the public’s help in putting a stop to this.”

The NJDEP maintains a network of high-tech real-time monitoring buoys as part of a comprehensive response to harmful algal blooms to protect public health and tourism. The department uses them to gather a wide range of water quality data, including phycocyanin pigments that are indicative of harmful algal blooms, turbidity, salinity, dissolved oxygen, temperature, chlorophyll and pH.

State Sen. Anthony M. Bucco (R-25) said we was disappointed to learn of the recent vandalism to the monitoring buoys and urged for anyone with information to contact the police.

“Preserving the quality of the water in these lakes is critically important for recreation and the businesses that surround our lake communities. These buoys are an important part of that process,” said Bucco. “I encourage anyone with information regarding the intentional destruction of these devices to report it to the local authorities or the State Police.”

HABs are not caused by true algae but rather by cyanobacteria that in many ways resemble and behave like algae. These cyanobacteria naturally occur in fresh water and can proliferate to unhealthful levels in sunlight and hot weather, forming dense mats resembling pea soup or spilled paint.

Exposure to cyanobacteria cells can cause a range of mild to moderate health effects, including rashes, allergy-like reactions, flu-like symptoms, gastroenteritis, respiratory irritation and eye irritation. Incidental ingestion of water containing the toxins these bacteria can produce, known as cyanotoxins, can result in more serious health effects such as liver toxicity and neurological effects. Children and pets are more vulnerable because they ingest more water in relation to their size.

Federal, state and local officials have prioritized the issue over the past couple of years as lakes have been forced to close during the Summer, a crucial economic time for the communities. The Murphy Administration earlier this year allocated $10 million to fund projects ranging from stormwater runoff prevention to conservation efforts that will help fight off harmful algal blooms that have wreaked havoc over the last couple of years in North Jersey.

“As Mayors of the Lake Hopatcong communities, we have worked very hard over the last few years and partnered successfully with the NJDEP since the original harmful algal bloom in 2019,” said Mayor Wilsusen. “Monitoring the lake and communicating with the public about water quality issues concerning a potential harmful algal bloom is vital to all to best utilize this valuable resource.”