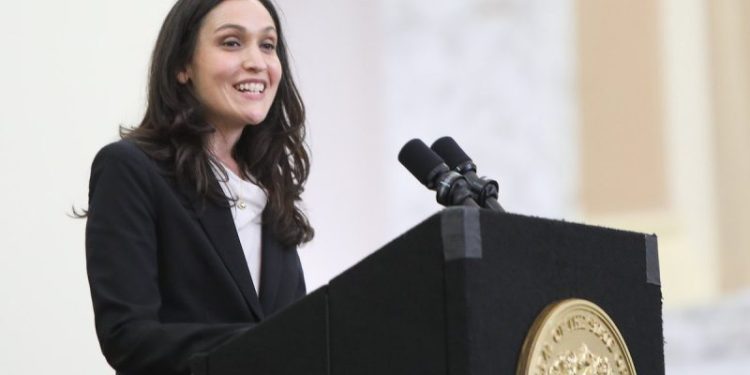 With the New Jersey Supreme Court now facing three vacancies, Gov. Phil Murphy’s nominee is reportedly considering moving from her Bergen County home to another county where her nomination will not be held up.

Rachel Wainer Apter, first nominated by Murphy in March 2020 and then renominated in January this year, is reportedly considering leaving her residence in Englewood to a district where a hold on her nomination would be removed. Wainer Apter consideration was first reported by PoliticoNJ.com July 13.

Wainer Apter has been held up under New Jersey’s unwritten rule of senatorial courtesy and needs the support of all senators whose district includes Bergen County, where she resides, to see her nomination advance. State Sen. Holly Schepisi (R-39) has evoked her courtesy rights due to concerns about the ideological configuration of the court.

Schepisi has told various media outlets her concerns are related to the makeup of the court, which would shift from three Republicans, three Democrats, and one independent to four Democrats and three Republicans.

“It’s been indicated all along,” Schepisi said in an interview with Politico last week. “If that’s the route they want to go, I wish them the best of luck.”

Schepisi previously confirmed that she has engaged the governor’s about ensuring balance on the state Supreme Court and expressed concerns about “some of the positions” Wainer Apter has advocated for in the past but did not disclose what they were. Besides Schepisi, State Senators who have the courtesy to hold up the nomination are Judiciary Committee members Kristin Corrado (R-40), Joseph Lagana (D-38) and Gordon Johnson (D-37).

“Our Supreme Court has extraordinary power,” Schepisi said. “If we’re going to put someone on here who could be there for three decades shaping policy, we need to ensure it’s a balanced judiciary and it’s not an activist court.”

Wainer Apter reportedly acknowledged that she’d be willing to move for the job during a talk at Rider University recently.

The hold on Wainer Apter has created three vacancies on the court. The New Jersey Supreme Court, which has a mandatory retirement age of 70, is composed of seven justices. The Chief Justice is Stuart Rabner, appointed by Jon Corzine. Two other justices sitting on the bench, Lee Solomon and Anne Patterson, were appointed by Chris Christie.

Since Murphy has taken office, four Justices have either retired or reached the mandatory retirement age. Justice Jaynee LaVecchia retired at the age of 64 and that is who Wainer Apter has been nominated to replace. LaVecchia was the choice of Governor Christine Todd Whitman in 2000 and renominated by Corzine.

Since then Justices Faustino Fernandez-Vina and Barry Albin have both reached the mandatory retirement age of 70 in February and July this year, respectively. Fernandez-Vina was a Christie appointee in 2013; Albin was a James McGreevy 2002 nominee and reappointed by Corzine in 2009.

Justice Fabiana Pierre-Louis, the first black woman to sit on New Jersey’s Supreme Court, was nominated by Murphy in June 2020 to fill the seat of Associate Justice Walter Timpone, who reach the mandatory retirement age of 70 in November of that year. Pierre-Louis was confirmed late that year, becoming the third black jurist to take a seat on the state’s highest court and the first in a decade.

Wainer Apter currently serves in the state’s Attorney General’s office as Director of the New Jersey Division on Civil Rights. Prior to her current role, Wainer Apter served as Counsel to the Attorney General, advising on civil rights and immigration matters, including leading the New Jersey team that defeated a motion by Texas and seven other states to end Deferred Action for Childhood Arrivals (DACA).

In making his announcement last March, Murphy keyed on Wainer Apter’s career as a law clerk for Justice Ruth Bader Ginsburg in the U.S. Supreme Court and following in her former boss’s footsteps as a civil rights lawyer.

Malinowski: Time for Saudi Arabia to Meet Our Demands