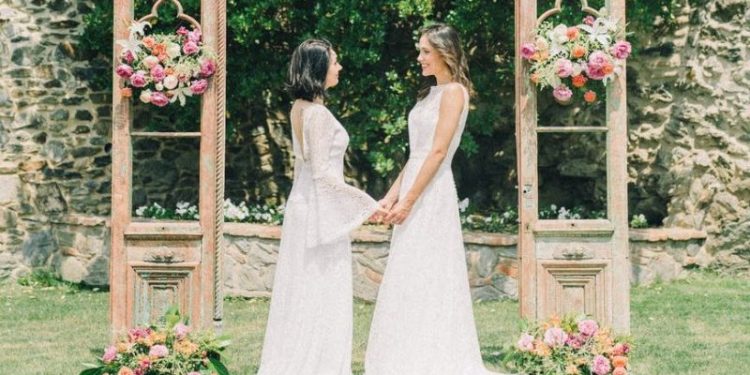 Photo by Olya Kobruseva on Pexels.com

By a large bipartisan majority, the House voted to protect the right for same sex couples to marry—an action North Jersey Democrats argued was needed due to a Supreme Court that openly has advocated for overturning the ruling made just seven years ago.

The vote on July 19 saw 47 Republicans join Democrats in backing the bill, the Respect for Marriage Act, with a final vote tally of 267 to 157. The legislation passed would repeal the Defense of Marriage Act of 1996, which defined a marriage as the union between a man and a woman, a law that was struck down by the court but has remained on the books.

“Americans should have the right to marry the people they love without discrimination,” said Rep. Donald Payne, Jr. “While I thought this issue was settled, I am proud to work to make it a federal law that cannot be denied by individual states. It appears that certain people in this country want to remove many rights that all Americans have worked to gain.

The bill, which now goes to the Senate, would codify the federal protections for same-sex couples that were put in place in 2015, when the Supreme Court ruling Obergefell v. Hodges established same-sex marriage as a right under the 14th Amendment. The new bill establishes that a federal law that declares a marriage is valid nationwide if it was valid in the state in which it occurred.

Backers say the bill provides same-sex and interracial couples additional certainty that they will continue to receive equal treatment under federal law. In addition, it provides the U.S. Attorney General with the authority to pursue enforcement actions for violations of this provision and allows individuals harmed by a violation to pursue their own actions.

“I will always oppose any attempt by those in Washington or around the country to roll back the clock and stand against full marriage equality for the LGBTQ community,” said Rep. Josh Gottheimer. “Last month, the Supreme Court made a devastating and extreme decision to overturn a woman’s right to choose — in a horrific breach of personal privacy. Now, extremists are trying to attack marriage equality as well.”

“In Justice Thomas’s concurring opinion in Dobbs v. Jackson’s Women’s Health, he gave a preview of the rights the extremist Supreme Court and Washington Republicans will attack next,” argued Rep. Mikie Sherrill. “This bill protects millions of American families from future discriminatory action by the Supreme Court. I am committed to making sure that LGBTQ+ Americans and those in interracial marriages will continue to have the right to marriage, no matter where they live.”

The rollback of marriage rights includes support of such prominent conservatives lead by Sen. Ted Cruz (R-TX). Cruz recently asserted in an interview for his podcast that Obergefell and Roe v. Wade had been wrongly decided and that both had “ignored two centuries of our nation’s history.” He would go on to say that the ruling recognizing same sex marriage was “clearly wrong.”

“We are moving with urgency because the radical rightwing Supreme Court no longer recognizes a right to privacy and has signaled it respects no precedents in its quest to impose Republicans’ extremism on America,” said Rep. Bill Pascrell.  “They will not stop with Roe v. Wade and the right to choose.”

“Our bill guarantees under law that same sex and interracial couples have marriage equality protections and repeals the discriminatory Defense of Marriage Act. These times demand vigilance and action on behalf of our neighbors. The Senate should quickly advance our bill to protect marriage equality now.”

Senate Majority Leader Chuck Schumer had not scheduled a vote on the bill yet, with a growing number of Republicans saying they will support the bill.