White House says he is only experiencing mild symptoms 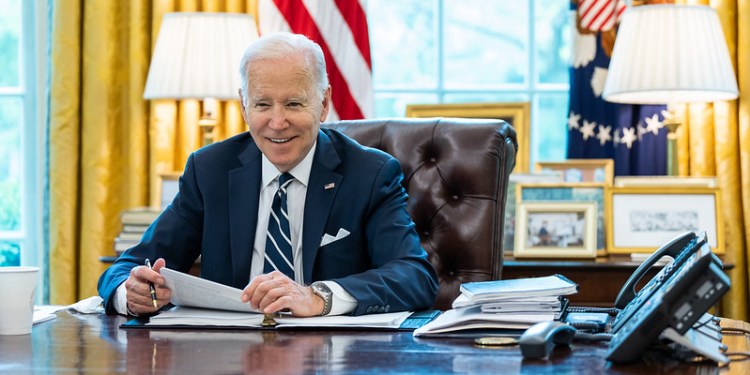 President Joe Biden has tested positive for COVID-19, according to a White House statement released July 21.

President Biden, who is fully vaccinated and twice boosted, is experiencing very mild symptoms and has begun taking Paxlovid. Consistent with CDC guidelines, White House Press Secretary Karine Jean-Pierre said the President will isolate at the White House and will continue to carry out all of his duties fully during that time.

The 79-year-old Democrat’s last previous test for COVID was July 19, when he had a negative test result. Since that test, the only out of town event listed on his public schedule was a trip to Rhode Island and Massachusetts on July 20. The President made his first trip to the Middle East last week, with stops in Israel and Saudi Arabia.

The President had been scheduled to fly to Pennsylvania for a speech about gun violence and then to travel to his home in Wilmington, DE, where he was expected to stay for the weekend.

Biden is the second consecutive President to test positive. Donald Trump announced Oct. 2, 2020, that he had tested positive for coronavirus. Trump would later that day be transferred to Walter Reed National Military Medical Center, where he spent the weekend and received various treatments. He returned to the White House on Oct. 5.

Biden’s positive test comes during a Summer surge is underway in the U.S., with the BA.5 subvariant has gone from a blip in U.S. case counts to the dominant subvariant in the country in eight weeks, now making up more than three-quarters of new cases. Perhaps the most transmissible subvariant yet, it is pushing up positive tests, hospitalizations and intensive care admissions across the country.

There is no evidence that BA.5 causes more severe disease, but the latest metrics certainly bust the myth that the virus will become milder as it evolves, according to experts.