Joined by Payne, Malinowski in supporting NDAA for 2023 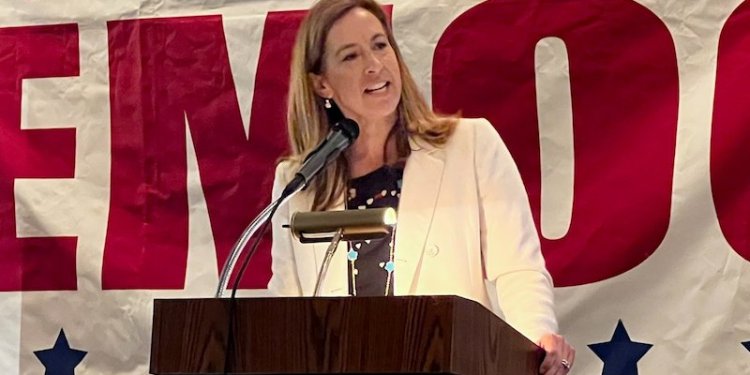 Rep. Mikie Sherrill continued her efforts to support fellow veterans in the Garden State when she voted in favor of the Honoring Our Pact Act for the second time.

The veterans’ healthcare bill was designed to create a presumption of service connection for as many as 3.5 million veterans who were exposed to toxic burn pits while serving in the armed forces. The bill now goes to the U.S. Senate.

“Burn pit exposure is this generation’s Agent Orange and is absolutely devastating amongst the most recent generation of veterans,” said Sherrill.

Provisions of the Act

The Honoring Our PACT Act would install provisions to streamline coverage decision-making from the Veterans Affairs’ review process, and require medical exams and opinions for veterans with toxic exposure disability claims.

The VA would be tasked with improving data collection between itself and the Department of Defense, while also providing standardized training and outreach on toxic exposure treatment.

Additionally, it would concede there was significant service member exposure to airborne hazards and burn pits, and establish a presumption of service connection for 23 respiratory illnesses and cancers linked to those hazards. Radiation would be covered under a separate presumption.

Agent Orange exposure would be expanded under the program, and hypertension and MGUS would be added to the list of presumptions.

“Too many have suffered without adequate or easy access to the healthcare they need and deserve. Today, I proudly stood with a bipartisan coalition of my congressional colleagues to protect those who have put their lives on the line to protect us,” said the 11th District Congresswoman.

The The Honoring Our PACT Act  was passed  during the same time Reps. Tom Malinowski and Donald Payne joined Sherrill in support of the 2023 National Defense Authorization Act (NDAA), which authorized $839 billion in discretionary spending for national defense during fiscal year 2013.

“The National Defense Authorization Act not only strengthens our national security and sets the priorities for our servicemembers, it invests in jobs, families, innovation, and modernization, including Picatinny Arsenal here in NJ-11,” Sherrill said.

Malinowski put forth 15 initiatives as part of the bill, including provisions to increase Congressional oversight of arms sales, protect the privacy of Americans, and enact reform on current policing of anti-money laundering programs.

“This year’s defense bill makes a strong commitment to democracy, global security, and our service members,” he said. “From cracking down on foreign money laundering, to holding Putin’s cronies accountable for their violent attack on Ukraine, I am proud to have spearheaded measures that reflect our values at home and abroad.”

Part of the bill include Payne’s Payment Choice Act,  which would guarantee the right to pay in cash for all retail transaction under $2,000.

“I am pleased that my bill passed the House again because there is a war on cash in retail stores and businesses across the country,” said the Newark lawmaker.