At issue is allocations to the Excluded New Jerseyans Fund 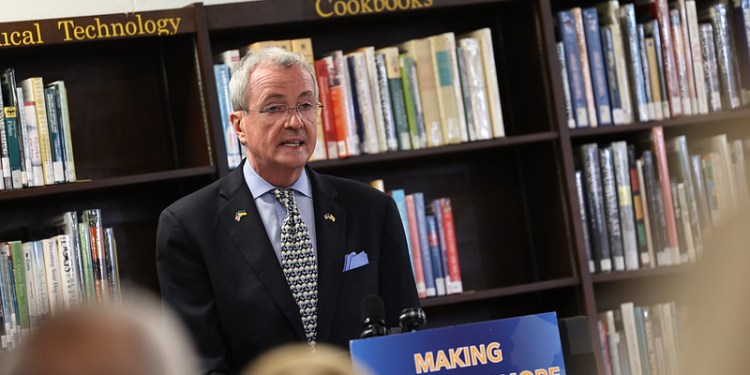 Gov. Phil Murphy is apparently making good on his promise to appropriated $500 checks to eligible illegal immigrants currently residing within the Garden State.

GOP lawmakers have charged that Murphy, along with key party allies on the State Senate and Assembly budget committees, devised a plan to divert federal COVID funds intended for New Jersey taxpayers in support of approximately 100,000 illegal immigrants.

Republicans have raised questions about the program as under federal law, illegal immigrants who reside within the United States were not entitled to federal COVID stimulus checks or unemployment benefits in 2020 and again in 2021.

Murphy nevertheless bypassed the law and designed a program that would allow him to siphon off federal COVID funds, originally earmarked for New Jersey taxpayers.

By simply changing a few words within the state budget, Murphy was able to access and allocate $300 million from the state’s share of federal COVID recovery funds without seeking legislative approval by the Joint Budget Oversight Committee (JBOC).

However, according to the state budget Murphy cannot allocate funds larger than $20 million without approval from the JBOC. The only exception is the one-time $60 million pledge he made in March to illegal immigrants, promising them the $500 windfall.

“This is a positive development and highlights that the state has the power to do right by its residents,” said Laura Bustamante, policy and campaigns manager at the New Jersey Alliance for Immigrant Justice. “But much more must be done to ensure the community who does not have Individual Taxpayer Identification Number or ITIN receive the recovery resources they deserve.”

Furthermore, GOP lawmakers alleged the governor created several slush funds totaling more than $4 billion in the FY 2023 State Budget. The monies will apparently be used to fund whatever political programs and policies the governor considers important outside of the traditional budget process without legislative oversight or public scrutiny.

However, Republican lawmakers from the 10th Legislative District quickly zeroed in on the $300 million that Murphy personally controls along with the secretive slush funds.

“The Democrats who control the Legislature know that Gov. Murphy’s program giving big cash payments to illegal immigrants is so unpopular with most New Jerseyans that they were afraid to fund it directly in the state budget,” said State Sen. Jim Holzapfel (R-10). “Instead, they created a slush fund that Gov. Murphy controls that appears to have been designed specifically to continue making these ridiculous payments.”

Murphy was able to sidestep scrutiny by the Joint Budget Oversight Committee (JBOC), making multiple money transfers of federal COVID funds, by staying under the $10 million threshold imposed by the JBOC.

The money transfers were made in April to the Excluded New Jerseyans Fund, which made available $2,000 to $4,000 payments to qualifying households of illegal immigrants.

The program provides a one-time, direct cash payment to eligible households who are excluded from receiving federal stimulus checks including COVID related unemployment benefits. The recipients of the program include former inmates and illegal immigrants along with individuals otherwise ineligible.

“Families in nearly 200 school districts across New Jersey will pay higher property taxes this year because Governor Murphy chose to slash their school aid in his new state budget,” said Testa (R-1), a member of the Senate Budget & Appropriations Committee. “Instead of funding our schools and supporting New Jersey families, the governor chose to hand out $500 checks and free health care to illegal immigrants. For anyone wondering why New Jersey is so unaffordable, this expensive progressive nonsense from Democrats like Governor Murphy is exactly why.”

The governor earlier this year also funded a program that doled out additional checks to illegal immigrants, in direct violation of senate rules requiring legislative approval.

Testa acknowledged that the two programs directly benefiting illegal immigrants would have easily reversed the school aid cuts, in that the administration ended the state fiscal year in June with a record surplus driven by nearly $9 billion in tax over-collections revenues.

“It’s disturbing that Governor Murphy chose to cut aid to more than half of our local school districts even as the state was setting records in tax collections and his administration was building huge surpluses,” Testa said.

“For the governor to cut funding to so many schools while funneling money to expensive programs for illegal immigrants and doling out billions in political pork is a real slap in the face to many of our hard-working South Jersey communities that will be hit with higher property tax bills,” added the State Senator.