Six Dem candidates have a total of $26.7 million to spend; GOP only has one over $1M 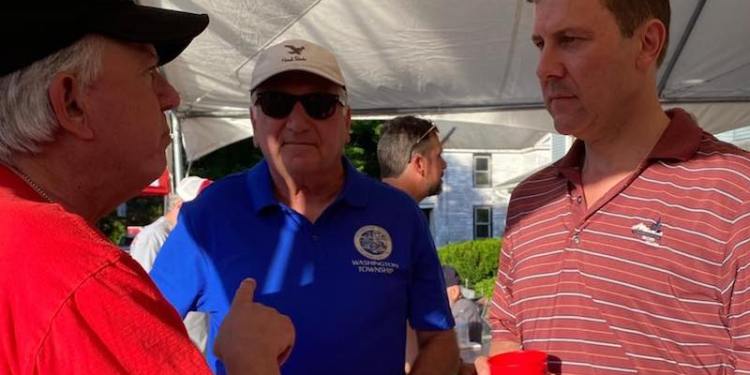 With roughly three and a half months left before the 2022 elections, the North Jersey Congressional candidates enter the race with incumbents having a huge advantage over their challengers.

Democrats hold all the seats in the 5th, 7th, 8th, 9th, 10th and 11th Congressional districts. The incumbent candidates and the Democratic nominee picked to replace retiring Rep. Albio Sires in the six districts have a total of $26.7 million cash on hand after a review of federal filings for the first six months of 2022. The numbers are reflective of the money the candidates have raised for themselves; they do not include monies raked in by independent political actions committees or those affiliated with each candidate’s party.

On the GOP side, many face an uphill battle to match the campaign cash of their opponents. Only one has above a million in their war chest, three are under $300,000 and two did not report reaching the $5,000 Federal Elections Committee threshold. The reporting period for the second quarter was from May 19 to June 30.

What follows is a review of each candidate and the money that have on hand:

Democrats: Rep. Josh Gottheimer, seeking a fourth term, is again flush with cash. The Bergen County resident starts the race with $14 million to spend for his campaign, after raking in $1.3 million in the second quarter. Of the over 3,534 House and Senate candidates that submitted forms to the Federal Elections Commission (FEC), Gottheimer ranked 18th in the House for the second reporting period of 2022.

Republicans: The party’s nominee for a second cycle, Frank Pallotta, trails Gottheimer and does not even have the most cash on hand coming out of the primaries. Pallotta raised just $141,937 that includes a personal loan to the campaign of $25,000, and currently has $64,057 cash-on-hand,

Nick De Gregorio, who Pallotta defeated in a tight race June 7, reported twice as much money to spend on a campaign in his quarterly reporting. The Afghanistan and Iraq war veteran has a total of $129,436 cash on hand.

Democrats: Rep. Tom Malinowski continues to top his previous quarterly campaign receipts. For the second quarter of 2022, Malinowski topped the $1 million threshold in fundraising with $1,280,00. After spending nearly $1.7 million in the first three months of the year for one of the bellwether races in the Congressional midterm elections, the two-term representative has $4.3 million cash on hand.

Republicans: With a rematch set from two years ago, Tom Kean, Jr., is the only GOP candidate in North Jersey above the seven figure mark.  The former State Senator raised $703,418 is the second quarter and now has $1.2 million cash-on -hand. But maybe the best news for Kean is the demographics of the newly drawn district—it has 18,170 more Republicans than Democrats.

Democrats: Robert J. Menendez, running for the seat of Rep. Albio Sires  that was formerly held by his father, Sen. Bob Menendez, raised nearly $500,661 in the last three months. In the reporting quarter that featured a primary that saw him easily defeat two challengers, David Ocampo Grajales (11%) and Ane Roseborough-Eberhard, Menendez spent $953,032 and has a total of $387,386 cash-on-hand.

Democrats: Rep. Bill Pascrell will run for his 14th term in office with a bank account of just under $1.8 million. Pascrell received $1.2 in donations in the second quarter while spending approximately $855,000.

Republicans: Paterson native Billy Prempeh, a U.S. Air Force veteran who ran against Pascrell in 2020, raised a total of $208,363 in this cycle and reported 6,406 cash on hand heading into November.

Democrats: Rep. Donald Payne, Jr. has raised $1.2 million in this election cycle, the most in his five terms as a Congressman—and spent more than that to win the June 7 primary in the most Democratic district in New Jersey. The Newark native raised a total of $376,440 from May to June, and spent $1.25 million during that time. Payne has a total of $144,059 going into the November election.

Republicans: Irvington’s David H. Pinckney has not reported raining any money yet in a rematch that saw Pinckney only receiving 11% of the vote in 2016.

Democrats: Incumbent Rep. Mikie Sherrill raised over $1 million in the second quarter of 2022 and now has just over $6.1 million as she enters the Fall campaign with no primary opponent. The Montclair resident has raised a total of $4.8 million for this cycle.

Republicans: The fundraising and cash on hand totals would have to be considered disappointing for a party that held the seat since 1984 before Sherrill won in 2018 and has targeted the race as key to winning back control in Washington. Paul DeGroot, a former assistant Passaic County prosecutor who defeated Morris County Commissioner Tayfun Selen, raised $21,180 in the three month period.  DeGroot currently has $282,605 in his war chest after loaning the campaign $200,000.

Notably, the largest post-primary donor after the loan is former Rep. Rodney Frelinghuysen, who used his old campaign account to contribute $2,900 toward the campaign.