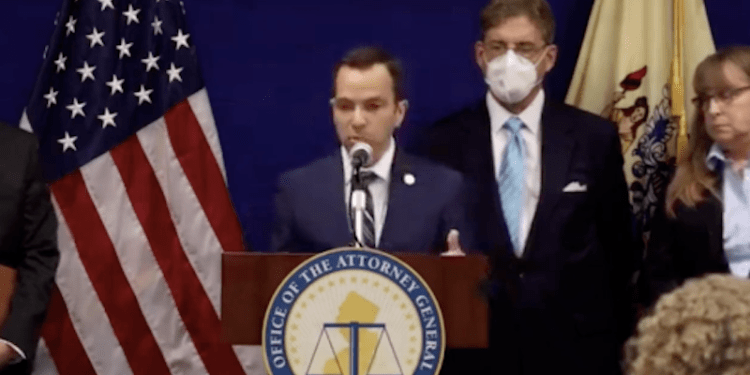 The two top prosecutors in New Jersey are teaming up to uphold abortion laws in the state.

U.S. Attorney Philip R. Sellinger was joined by New Jersey Acting Attorney General Matt Platkin on July 20 to lay out how their offices will work together to ensure that women in New Jersey have access to reproductive health care services in the wake of the U.S. Supreme Court’s Dobbs decision overturning Roe v. Wade.

“Despite the court’s decision, abortion remains legal in New Jersey,” stated Sellinger. “We will work tirelessly to ensure women’s unobstructed access to reproductive health services throughout New Jersey, including access to abortion services, so that women may consult with their medical providers to make important and personal decisions about their bodies and their lives.”

Sellinger and Platkin both committed to having open lines of communications and, when appropriate, to share intelligence and information in order to facilitate efficient decision-making in protecting reproductive rights.

“As other states impose draconian penalties on patients and health care professionals who seek or provide abortion care, New Jersey has chosen a very different path. We are using every available tool at our disposal to keep abortion patients and their providers safe,” said Platkin.

The two attorney generals plan for their offices to work together to conduct a series of outreach sessions with stakeholders, such as reproductive service providers and advocates, to send a clear message that law enforcement at all levels will protect reproductive rights.

Since the Dobbs v. Jackson Women’s Health Organization decision which the court held that the Constitution of the United States does not confer a right to abortion, Democrats have been aggressively pushing to protect a women’s right to choose in the Garden State.

Gov. Phil Murphy signed into law two bills this month barring a state medical provider from disclosing information about a patient seeking reproductive health services unless explicit consent is given and a second prohibiting the extradition of an individual to another state for actions related to reproductive healthcare services lawfully provided in New Jersey.

And North Jersey lawmakers in the House voted to pass two laws last week aimed at restoring abortion rights. The Women’s Health Protection Act of 2022 guarantees the right to reproductive health care for all Americans, regardless of state laws to limit it, while the Ensuring Women’s Right to Reproductive Freedom Act would prohibit any attempt under state law to impede a woman from crossing state lines to access health care; interfere with a health care provider’s ability to offer legal care; restrict individuals from helping others to seek health care; and obstruct the transportation of FDA-approved medication.

“While the right to control one’s own body is central to individual freedom, the court’s decision denies millions of women that right by preventing them from being able to make critical and highly personal decisions about their bodies, their health, and their futures,” said Sellinger.

The federal prosecutor promised continued enforcement of the Freedom of Access to Clinic Entrances (FACE) Act, which prohibits obstructing access to reproductive health services through violence, threats of violence, or property damage. He said women who live in New Jersey—or who travel to New Jersey—will continue to have unobstructed access to reproductive health services, including abortion services.

Additionally, the USAG newly created Civil Rights Division will lead the office’s enforcement and outreach efforts. The division brings together civil and criminal prosecutors into one division focused on protecting vitally important civil rights, including the right to access reproductive health care.

“The U.S. Attorney’s Office for the District of New Jersey—and the entire Justice Department—will do everything within our power to protect reproductive freedom,” said Sellinger.