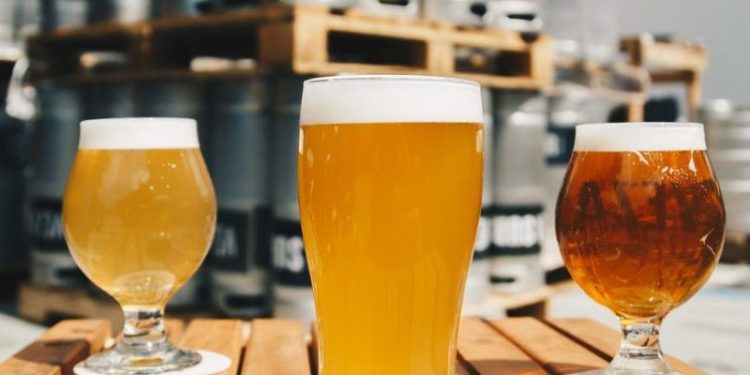 Photo by ELEVATE on Pexels.com

New Jersey’s breweries will face new license conditions that are “disastrous and destructive.”

That’s according to State Sen. Michael Testa (R-1) who said the new rules put forth by the New Jersey Division of Alcoholic Beverage Control (NJABC) would restrict local breweries from operating freely and fairly.

“In my opinion, the [NJABC] fell far short treating our local breweries fairly, which we must address with new legislation to aid these small businesses,” said Testa.

Testa plans to review the ABC language alongside other Senate Republicans and various stakeholder groups across the state, and believes legislation could be introduced at the next Senate quorum.

“These breweries, like most small businesses, suffered under Governor Murphy’s pandemic shutdowns and restrictions. To increase their burden with these new rules only adds insult to injury,” Testa said.

Only July 1, NJABC issued new conditions on brewery licensees and the number of events they can host and attend every year.

Under the new rules, microbreweries will be limited to 25 on-site activities annually, as well as 52 private parties. Breweries will be able to attend 12 off-premise events, such as town or local celebrations. If found in violation of the new rules, breweries could be subject to financial penalties, or have their license suspended or revoked.

NJABC indicated the new rules were designed to balance the interest of breweries and restaurant owners who pay fees for liquor licenses.

“The fact that the government can come in and micromanage how breweries can operate is offensive enough. But further restricting their ability to innovate and be successful is unconscionable and requires the legislature to counter the actions of these unelected bureaucrats,” said Testa.

Steve Bauer, co-owner of Clifton’s Ghost Hawk Brewing Co., argued the rules don’t look at the issue fairly, as reported by The Record.

“Liquor licenses are a one-time cost, that gains value over time, and are an asset that can be traded or sold like a stock,” he said. “Brewery licenses are completely the opposite. They are an annual fee that cannot be transferred and cannot be sold for financial gain,” he said, according to the article.

He also noted breweries must pay for an omnibus permit, solicitor permits, vehicle registration permits for delivery, and bimonthly excise taxes to state and federal governments.

Pascrell: Springsteen Fans ‘Held Up Without a Gun’ by Ticketmaster