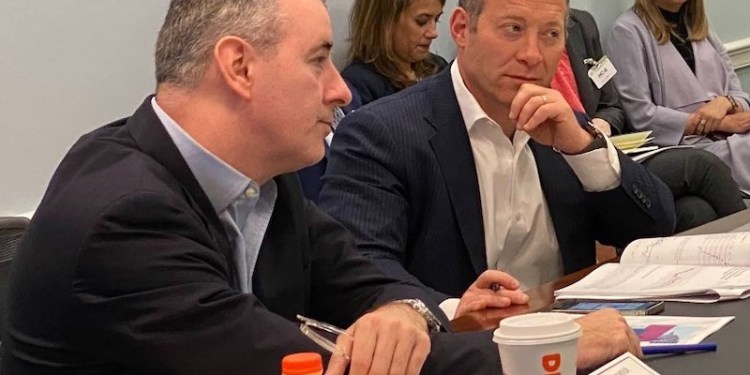 The 47-year-old representative for New Jersey’s 5th congressional district recently announced pending legislation along with a warning to Beijing, to “Stop Preying on Kids.”

Gottheimer along with several co-sponsors introduced the bill dubbed the “Combating Harmful Actions with Transparency on Social Act (CHATS Act).”

The Democratic congressmen was joined on July 21 by co-lead Congressman Brian Fitzpatrick (R-PA), Organization for Social Media Safety CEO Marc Berkman, and Dr. Laura Berman along with Samuel Chapman, the parents of Sammy Chapman, a 16-year-old youth who unwittingly died tragically in his bedroom from an overdose of Fentanyl-laced Xanax he purchased online from a drug dealer.

The pending bill has three key elements attached to it: the first requires the Justice Department along with the FBI to utilize its crime reporting program which includes collecting data on crimes involving social media.

Lastly, the Attorney General must make available and publish an annual statistical report detailing which social media platforms were engaged in which crimes. This information is vital, in that it will help law enforcement agencies determine where, when and how these social media crimes are taking place concerning our national security interests, and which crimes are taking place against our children.

After the initial introduction of CHATS, Gottheimer took direct aim at China stating, “The lack of transparency and accountability for these companies has led to grave consequences for our families and our country. We know that the popular Chinese social media company, TikTok, has access to our kids’ and to Americans’ data, posing a serious threat to our safety, privacy, and national security.”

“Because of apps like Snapchat, Instagram, and TikTok, drug dealers across the country have unfettered direct access to sell deadly drugs to our kids, all while remaining anonymous — which is exactly what happened to Sammy,” said the Bergen County lawmaker.

Gottheimer offered that “social media platforms allow for drugs to be ordered on demand like Amazon Prime or a pizza delivery. Kids don’t even have to leave their neighborhoods, let alone their houses. We need change now, which is why Brian, and I are introducing the bipartisan CHATS Act.

“These are concrete steps we can take to hold social media companies accountable, to combat the dangers to our children, and to finally boost transparency into which social media apps, whether it’s Snapchat, Instagram, or TikTok, are being used for which crimes.”

Sammy’s mom, Dr. Laura Berman, weighed in on the pending legislation saying that “it will put data towards one of our society’s biggest problems. It will help law enforcement, legislators and social media executives alike understand the problem better so that they can craft solutions to save our children’s lives.”

“A drug dealer connected with him on Snapchat and gave him fentinyl-laced Xanax and he overdosed in his room… My heart is completely shattered, and I am not sure how to keep breathing,” she said.

Berman went on to explain that her son was a straight-A student, and that she and her husband monitored the young teen “so closely.”

She ended the interview with a stark warning for parents, “Experimentation gone bad…he got the drugs delivered to the house. Please watch your kids and WATCH SNAPCHAT especially. That’s how they get them.”