Bill would invest in computer chip manufacturing and semiconductor production in U.S. 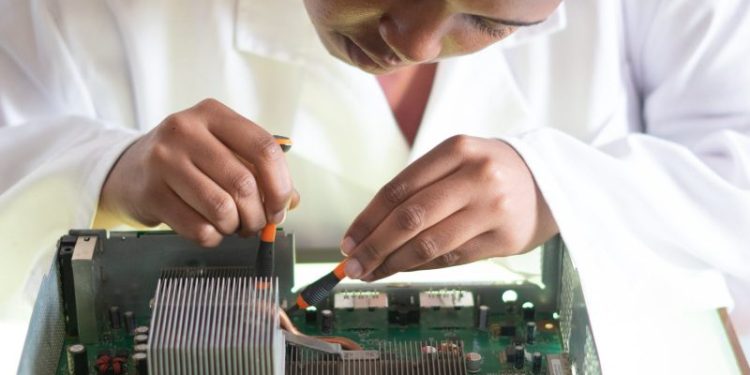 Photo by RF._.studio on Pexels.com

Sens. Bob Menendez and Cory Booker led a chorus of New Jersey legislators and business leaders in backing the passage of the CHIPS Act.

“The CHIPS and Science Act I supported today is essential to make our economy stronger and more resilient, safeguard our national security, and to provide new opportunities for American workers in the cutting-edge technologies of tomorrow,” said Menendez.

The Senate voted 64 to 33 to advance the $280 billion package July 27. Proponents argued it would include subsidies and research funding to boost U.S. competitiveness in the semiconductor market. The bill passed the House July 28 and now goes to President Joe Biden to sign into law.

Under the CHIPS Act, U.S. computer chip manufacturing and semiconductor production would be incentivized through $52 billion in subsidies, with an aim at decreasing dependence on foreign manufacturers.

“Supply chain disruptions caused by the COVID-19 pandemic have severely impacted the production of semiconductors and microchips globally. The effects of this shortage have rippled through various industries in the United States, including automobile and home appliance manufacturing,” said Booker.

“The CHIPS and Science Act tackles a number of concerns that business groups and government agencies have shared for years, addresses domestic manufacturing bottlenecks, makes real investments in American workers and competitiveness, and will better position the U.S. in the global economy while helping reduce long-term inflation risks, ultimately providing much needed relief for American consumers,” said Menendez

Domestic production of computer chips will be boosted, according to the Biden Administration, which found bipartisan support for the bill. The arena is seen as critical for the U.S. supply chain and national security.

Recent shortages have driven prices higher for a variety of goods in recent years, including cars, cell phones, home appliances, and more. Many point to the legislation as a way to temper rising inflation.

“Making our economy stronger and more resilient here at home — especially when it comes to the emergent technologies that are increasingly defining the twenty-first century — is crucial for our security and our prosperity,” said Menendez.

The New Jersey Manufacturing Extension Program and the New Jersey Chamber of Commerce were among the business groups represented at the press event.

“The world view on manufacturing and supply chain has changed drastically over the past several years, and certainly has applied more pressure on U.S. manufacturing to step up and compete,” said John Kennedy, Chief Executive Officer of the New Jersey Manufacturing Extension Program.

Menendez offered that the bill better positions the U.S. in competition with China and that more actions need to be taken to help address inflation risks at home.

“Congress needs to compliment the CHIPS legislation by also taking action to pass my bipartisan Strategic Competition Act, which provides the long-term elements needed for a real China strategy,” said the Hudson County lawmaker. “I had hoped that the Strategic Competition Act would have been included in a CHIPS package, but, unfortunately, Republican obstructionism made that impossible. The China challenge remains urgent, however, and I intend to continue to seek support for passage of my bill this year, and to reintroduce it in the new Congress if need be.”

“My Republican friends say that competition with China represents a clear and present danger — and it does — so I hope they will stop standing in the way of bipartisan legislation that mobilizes all the tools in the U.S. strategic, economic, and diplomatic toolkit for an Indo-Pacific strategy that will allow our nation to fully confront the challenges China poses to our national and economic security.”