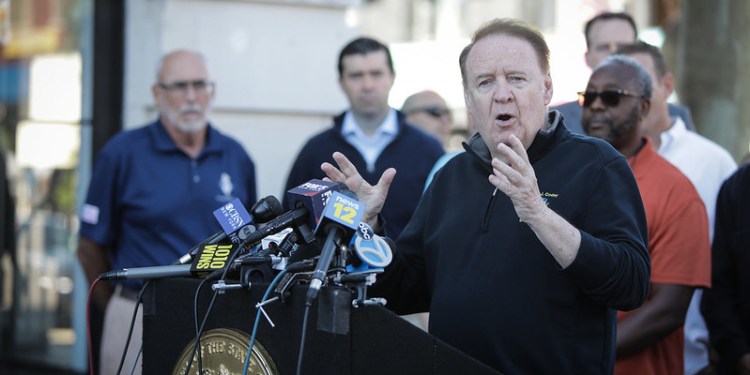 A three-year pilot program to provide adequate care to those in a mental health crisis was pushed forward by the State Senate.

Sponsored by State Sens. Richard Codey (D-27) and Troy Singleton (D-7), the program would establish a pilot program, the Crisis Response Support Pilot Program, to connect mental health professionals and law enforcement officers (LEOs) in order to help those in the midst of a mental health crisis. The bill was approved by the State Senate in a 40-0 vote.

Codey noted the importance of the legislation, arguing too many uses of force by police were linked to those in a mental health crisis.

“Two out of every three uses of force by law enforcement involve a resident who is suffering from a mental illness or is under the influence of drugs or alcohol, and over half of all fatal police encounters occur under similar circumstances,” said Codey.

Singleton also noted the importance of all stakeholders working together to reduce negative outcomes for those in mental distress.

Six Pilot Programs Across the State

Under the legislation, the Attorney General would select two municipalities in each of the northern, central, and southern regions of the state for participation in the pilot.

Additionally, the chief administrative officer or governing body of a pilot municipality would be required to appoint a crisis response coordinator. The role would be responsible for providing ongoing support and services to individuals in crisis.

Those in crisis could be suicidal, suffering from a mental health condition, or in the grasp of a substance use disorder.

“There is no reason why residents who are going through times of mental health crisis should be victims in these scenarios. Police officers are clearly not equipped to deal with these situations, and it is imperative that law enforcement has access to mental health professionals when responding to these incidents so that we can reduce unnecessary violence and help our residents receive the treatment they need,” said Codey.

“By establishing this pilot program, it is our hope that there will be fewer instances of unnecessary force when residents are suffering from a mental health crisis,” concluded Singleton.

The new, three-digit National Suicide Prevention Lifeline is recently went live in the Garden State and nationwide. The 988 number is available for call, text, or chat, providing easier access to the Lifeline network. The national network is comprised of over 200 local, independent crisis centers equipped to help those in need.