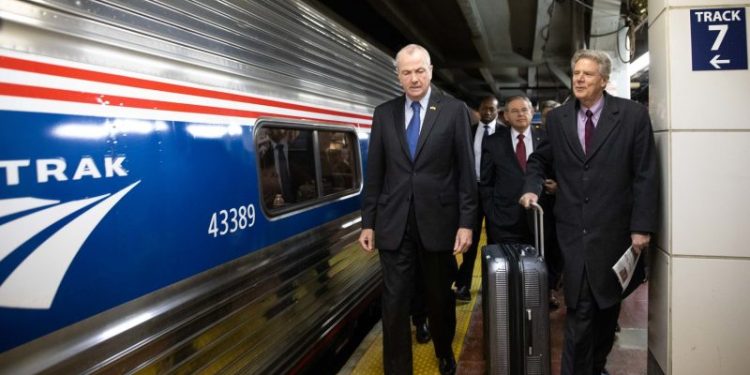 An extensive review by Tri-State Transportation Campaign (TSTC) regarding the Regional Rail Expansion for Metro New York, including the redevelopment and infrastructure expansion for New York’s Penn Station, has given the project high marks.

The 22-page written report includes charts and diagrams highlighting both the history and current state of New York’s metro transit system, along with an in-depth analysis on how to bring the declining system into the 21st century.

The non-profit policy and advocacy group founded in 1993 uses data and policy examination, along with strategic media messaging in their bid to shape public opinion and with decision-makers regarding transportation and land use policy reform issues within New York, New Jersey, and Connecticut.

The extensive data compiled by TSTC, begins by reminding its readers that the Northeast Corridor’s strong economic base is only possible because of the three commuter rail lines —the Long Island Railroad (LIRR), Metro-North Railroad (MNR), and New Jersey Transit (NJT).

These commuter rail lines, the report continues, are the largest and busiest within the United States, transporting hundreds of thousands of passengers daily from Long Island, the Hudson Valley, Connecticut, and New Jersey into Midtown Manhattan, the world’s largest central business district.

However, because of the pandemic a large number of commuters according to the data have decided to work remotely from home, which experts predict will remain a trend for many years to come.

That sizeable shift within the Northeast Corridor’s labor force has dramatically uprooted the commuter rail industry as well as its operations model. In that the system was originally designed for the traditional white-collar worker commuting daily into Midtown Manhattan, from 9-to-5.

The study continues assessing the current trend and the need to change the outdated mass transit business model, regarding where people and jobs are located to a more flexible and nimble railway system that reflects the future needs of its population, and how individuals will be moving about within their own local region.

Moreover, according to the data provided, COVID-19 has forced us to rethink the concept of weekday rush hours, in which the entire transit system is designed around several “peak hours” during the day, rather than a broader time frame.

Additionally, commuter rail fares are designed to discourage the occasional “off hour” straphanger from taking short trips between suburbs and within New York City.

Although the current system may have made sense in the 1950’s, the data shows the region’s economic, housing, and travel needs are no longer best served by this outdated transit model. This makes the current system obsolete for individuals in need of local regional connections.

The study concludes that in order for the Metro New York transit system to be a better alternative than driving, it must provide “orbital routes” going from one suburb to another or from one borough to another. Today, the system largely serves a small niche market of suburban commuters traveling exclusively to and from Manhattan during the traditional peak periods.

TSTC compares the European transit model to tri-state one, in which countries like Germany for example place a higher priority in commuter rail service by continually improving their system along with resolving issues that may negatively impact travel, along with streamlining fare policies and integrating services between agencies and investing in the latest technology; such as unified interagency mobile ticketing apps, modern signaling systems, and expensive new infrastructure like tunnels and terminals.

The data shows that just 5% of America’s workforce uses public transportation today, of which 38% live in New York City. Compared to Germany’s use of public transit, which is three times greater in metro areas of all sizes. The study noted 29% of greenhouse gas emissions originate in the United States, due to the high volume of auto use.

However, according to the report there’s room for optimism, in that the redevelopment and infrastructure expansion of New York’s Penn Station, doubling the number of trains funneled into Penn Station from the west, would relieve a major cause of bottlenecks within the Northeast Corridor.

The plan would also restore balance to the transportation network, increase ridership and expand economic opportunities along the entire section of the Northeast Corridor. Commuters regardless of destination will benefit from a more reliable and accessible transit system.

Moreover, with a transit-friendly administration in the White House, and cooperative lawmakers on both sides of the political aisle, now seems like a perfect time to make a substantial investment in revitalizing Metro New York’s dated rail system.