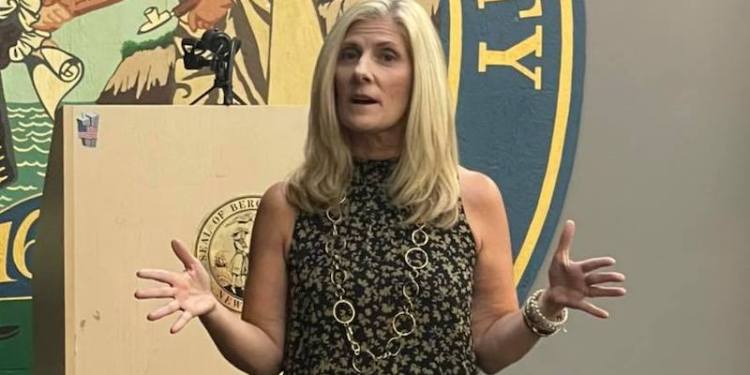 Is it time for Gov. Phil Murphy to end weekly COVID-19 testing for school employees who are not vaccinated?

State Sen. Kristin Corrado (R-40) is an emphatic “yes.” The North Jersey lawmaker believes it is well past time the executive order put forth by the governor was ended, saying the tests were no longer necessary.

“Our society has changed because of COVID. We may have to live with the virus, but we no longer have to fear it,” Corrado stated.

“It is time to eliminate the requirements and allow teachers and administrators to concentrate on helping students make up for COVID-related learning losses and helping them settle in with new teachers, new classrooms and classmates, and new academic challenges,” the Senator wrote.

Today, there are barely two per 1,000 students.

The State Senator is sponsoring legislation (S-2250) that would remove the requirement for weekly testing, stating “this is one obstacle that can be easily removed.”

That said, it remains unclear whether the measure would make an appreciable difference of the current teacher shortage. As of November 2021, 84.9% of Garden State teachers at 2,081 K-12 school districts were fully vaccinated.

Sen. Bob Menendez Sen. Cory Booker have taken aim at the issue at the national level with the Respect, Advancement, and Increasing Support for Educators (RAISE) Act.

The act would give teachers between $1,000 and $15,000 via refundable tax credits, depending on the school district they work for.

The Senators noted teachers at the elementary and secondary level earn about 20% less than similarly-educated professionals.