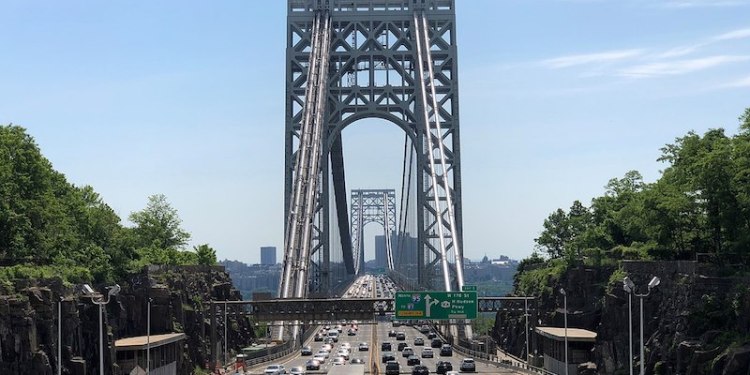 The first provision would prohibit New York City’s Metropolitan Transportation Authority (MTA) from using federal dollars until vehicles entering the Congestion Tax zone from the Holland Tunnel, the Lincoln Tunnel, or the George Washington Bridge are credited an amount equal to the toll charged.

The second provision, which featured support from Rep. Nicole Malliotakis (R-NY), would prohibit federal dollars from being used to implement Congestion Tax programs for any road, bridge, or tunnel until an economic impact analysis was completed and presented to the public.

Gottheimer argued people across the nation were already struggling with higher costs, and New Jersey residents weren’t immune to the impacts of the inflationary environment.

Gottheimer said this additional $5,000 per year charge would stack on top of the $4,000-a-year tolls for the three Hudson River crossings, and the more than $10,000 per year needed for gas and parking in the city.

Gottheimer had previously introduced the Anti-Congestion Tax Act to fight back against the tax.

Second, the law would amend the Internal Revenue Code to offer a federal tax credit to drivers at the end of the year equal to the amount paid in Congestion Taxes entering Manhattan from any of the three New Jersey crossing, which would protect drivers from double taxation.

Gottheimer launched a “Stay in Jersey” campaign earlier this year, urging all residents of New Jersey who used to commute to New York City every day prior to the pandemic to stay home and keep working from Jersey to avoid the tax, the cost of parking and gas, and expensive tolls.

“Most of these folks are daily commuters into New York City. If you’re in Franklin Lakes, or Newton, or Knowlton, or West Milford, your options are limited—too few regular bus lines, if any, and too many failing trains. People have no other choice but to hop in their car for the commute. Why would we punish them?” asked the congressman in August 2021.