OPINION: Selling the Democrats Plan to Win This Fall

After successful Summer, Dems must get out to tell their story forcefully 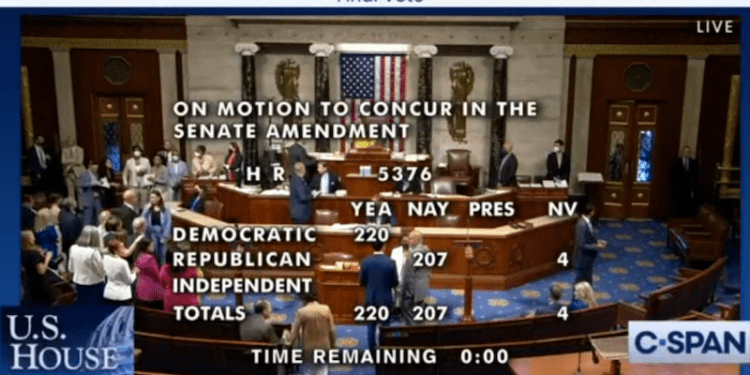 All that the recent success of Democrats in Congress and President Joe Biden have done is leveled the field for the November elections this year.

The real question moving forward is do they have a coherent message to counteract the arguments Republicans will make about the inflationary headwinds that have arisen under President Biden, issues such as immigration, taxes and never-ending excessive federal spending and a fired up MAGA base looking to aid their leader, Donald Trump.

“Delivering” seemed to be the buzz word for Democratic Washington lawmakers last week and that seems to be a good start. Because in this Congress they have passed legislation that they ran on that is important to the everyday lives of North Jersey residents, with infrastructure at the top of the list.

While we feel skeptical the Inflation Reduction Act will have an immediate effect to reduce the tightening of everyone’s wallets, the bill does address what have been priorities for Dems for generations. The bill for the first time significantly addresses climate change on a scale not attempted before, reduces the cost of prescription drugs and allows Medicare to negotiate prescription drug prices.

But it is not just the accomplishments in Congress that can motivate Dems. Abortion will be front and center this Fall with the defeat of a proposed state constitutional amendment in Kansas  that would have said there was no right to an abortion in the state showing how powerful the issue can be.

Additionally, there is a good economic story to be told. The U.S. has a historically low unemployment rate, wages are rising, supply issues appear to be improving in some key markets, and gas prices have dropped under $4.00 nationally.

The issue is now how to sell all of the above as a coherent message. Starting with President Biden and members of the White House, they need to be more focused and connect with North Jersey residents on how their accomplishments make their life better now and in the future.

A perfect example of how to do this was the recent appearance of U.S. Transportation Secertary Pete Butteig in Kearny for the groundbreaking of construction for the new Portal North Bridge. It’s an infrastructure project that produces jobs in the short term while providing benefits in the long-term for North Jersey commuters.

Offering a contrast of what a Congress under Speaker of the House Kevin McCarty and Senate Majority Leader Mitch McConnell—if they are the leaders—must be paramount. Make the point of how extreme their positions on abortion and guns are, out of step with the clear majority of Americans. But it can not be the focal point. A campaign centered on “we are better than them” will not win over swing voters.

Dems must also offer a promise of new leadership. The face of the party going forward should not be Speaker of the House Nancy Pelosi, but younger leaders who work across the aisle to get results like North Jersey lawmakers like Reps. Mikie Sherrill and Josh Gottheimer.

The campaign focus must be a story that promotes a better future as shown by recent accomplishments. Yes, negative advertising is effective and we will never go back to a time where campaigns just debate the issues. But voters in Bergen, Essex, Hudson, Passaic, Morris, Sussex and Warren counties want to hear how a party’s priorities put them first and make the lives of their loved ones— their children and increasingly of their parents—better.

Most importantly, denounce the extremists in both parties unequivocally and listen to voters that are majoritively in the middle in North Jersey.

“Delivering” is a good start for Dems. Until Nov. 8, they must continue to do that to and continually remind voters in North Jersey in order to hold the Congress.