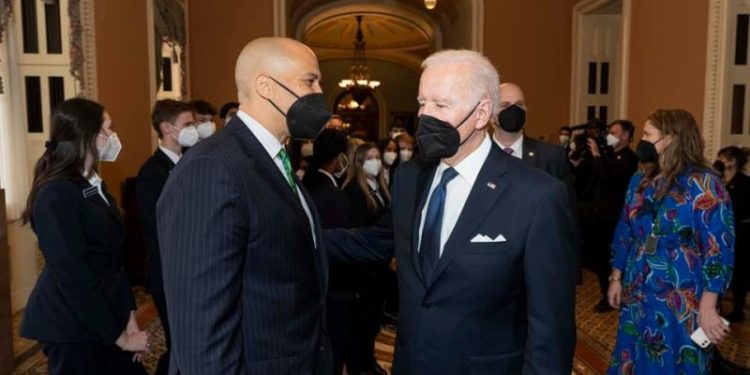 That’s according to a coalition of 18 Senators led in part by Sen. Cory Booker, who was joined by Sen. Elizabeth Warren (D-MA) and Sen. Alex Padilla (D-CA) in writing to the president in the wake of the recent Supreme Court decision to overturn Roe v. Wade.

Since the Dobbs v. Jackson Women’s Health Organization decision which the court held that the Constitution of the United States does not confer a right to abortion, Democrats have been aggressively pushing to protect a women’s right to choose in the Garden State.

Gov. Phil Murphy signed into law two bills barring a state medical provider from disclosing information about a patient seeking reproductive health services unless explicit consent is given and a second prohibiting the extradition of an individual to another state for actions related to reproductive healthcare services lawfully provided in New Jersey.

Booker’s proposal highlighted six potential flexibilities and resources that could be released if the President were willing to issue a National or Public Health Emergency, including:

“The federal government should do everything in its power to ensure all Americans have access to the reproductive care they need,” said Booker.

The Democratic coalition noted that Republican lawmakers had been shown to implement extremist abortion plans and restrictions. These laws have forced healthcare providers to withhold lifesaving care.

Saying millions were at risk, the lawmakers pointed to fact that the maternal mortality crisis, mental health outcomes, and economic disparities were bound to worsen under the current dynamic, especially if such a ban were to go national.

“The U.S already has the highest rate of maternal mortality among its peer countries. Health experts agree that the outrageous Dobbs ruling will increase maternal mortality rates, with a disproportionate impact on Black, Indigenous and other communities of color,” said Booker.