Joined by Blumenthal, Schatz, Wyden, and Padilla in announcing legislation 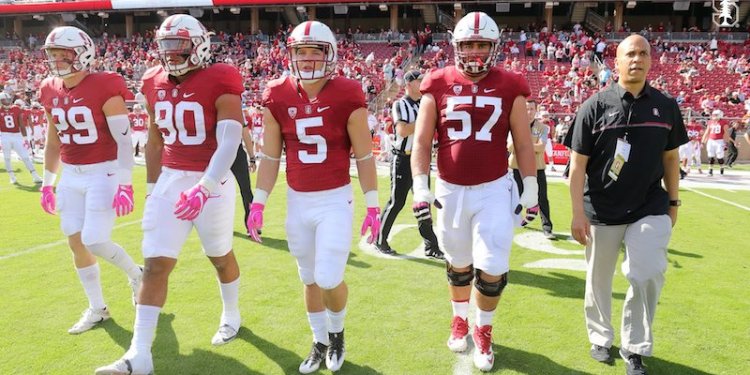 As college football kicks off this weekend, Sen. Cory Booker is leading a group of lawmakers to ensure player’s rights are as important as their teams record.

College athletes would be protected from discrimination, receive enhanced medical care, and be afforded more economic opportunities under new legislation put forth by a coalition of five Democratic Senators.

The College Athletes Bill of Rights seeks to advance justice and opportunity for college athletes and setting a baseline standard to protect their health, safety, economic rights, and educational outcomes of collegiate athletes.

A Stanford graduate who played football from 1987-1990, Booker pointed to his personal experience as a reason for putting the legislation together.

“Being a college football player opened so many doors for me and provided me with invaluable skills that I still use to this day. At the same time, I also saw the injustices that college athletes experience as the NCAA exploits them for financial gain, and woefully fails to protect their health, well-being, and safety—especially Black athletes, who are over-represented in revenue-generating sports,” said Booker.

Booker noted the importance of achieving justice for all college athletes, and wanted the legislation to improve future outcomes of student athletes after their playing days were over.

“The College Athletes Bill of Rights will establish a new framework for fairness and equity. It will expand protections for athletes, provide them with greater economic and educational opportunities, and hold colleges accountable when they fail to keep athletes under their charge safe,” he said.

The Bill of Rights first targets fair and equitable protections for economic rights, and would allow athletes to market their name, image, and likeness (NIL) either as a group or as an individual, with limited restrictions.

Additionally, it would enact evidence-based health, safety, and wellness standards developed by the Secretary of Health and Human Services. A Medical Trust Fund would be established to help cover the cost of out-of-pocket expenses linked to injuries sustained during play.

Educational outcomes and opportunities would be addressed by allowing all student athletes to receive a scholarship for as many years as it takes for them to receive an undergraduate degree. Coaches and athletic department personnel would be prohibited from interfering from students’ choices in academic courses and majors.

The bill aims to provide transparent data on gender equity in college sport to contend with issues surrounding inadequate facilities and support for women;s sports. Additionally, it would require athletic associations not discriminate on the basis of sex with regard to health and safety, medical care, athletic participation, facilities, and other factors.

A Commission on College Athletics would be developed to ensure athletes are aware of new rights, and to ensure the new rights are upheld. It would be composed of nine members, with no fewer than five former college athletes and individuals with expertise ranging from publicity law to Title IX.

“The time has come for change —and this bill moves us closer to doing right by and for college athletes,” Booker concluded.