by North-JerseyNews.com
in Opinion
0 0
20 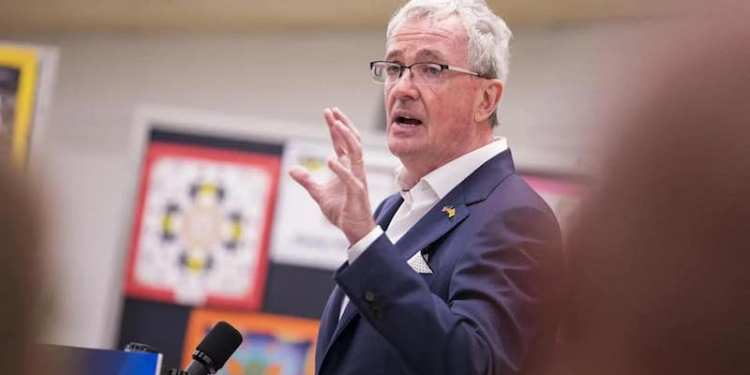 Since he held his last COVID-19 press conference March 4, Gov. Phil Murphy has visited Ireland and Israel, crisscrossed the state to promote his political agenda that includes the 2023 budget, abortion rights and attempts to curb gun violence.

He has vacationed for two weeks in Italy, returning for a weekend to take over the reins of the National Governors Association. Murphy just this week was in Washington to meet with Biden Administration officials to figure out a way to handle the current U.S. teacher shortage.

We have no problem with any of these actions, for they put North Jersey front and center in the national debate on the most important issues of the day. And we fully support any family time public officials can schedule.

But what Murphy hasn’t done is fulfill his promise to have his actions and those of his administration during the pandemic reviewed by either a legislative committee or an outside entity.

That must end now.

We have and continue to be supportive overall of Murphy’s response to COVID—from the early days, when hospitals were overrun and understaffed, to his gradual repealing of controversial decisions such as school face masks. Murphy and New Jersey Health Commissioner Judith Persichilli’s strong stance on a vaccine we truly believe saved lives.

But Murphy’s recent comments that we have not yet had a post-moretum because New Jersey still has 1,000 patients hospitalized does not pass the test of leadership and, in our view, is disingenuous.

Republicans, led by State Sen. Joe Pennacchio, are absolutely correct to state that Democrats have stonewalled a legislative investigation.

“The state may never be ‘out of the woods’ when it comes to having some number of hospitalizations, which the governor is using as an excuse, because COVID-19 is now endemic, and he knows that,” Pennacchio said recently. “It’s sickening that the Democrats who control the Legislature are unwilling to learn from the unnecessary deaths of 10,000 nursing home and veterans home residents because it might be embarrassing to the administration.”

Garden State residents deserve to know if it was the state’s policies or operators that caused the large number of deaths at long-term care health facilities early in the pandemic, why millions of taxpayers dollars are being paid to the families that lost loved ones at the state’s three veteran homes, should businesses and schools have been shut down and what would be the playbook God forbid the next time a pandemic occurs.

Yes, we know that early in the pandemic the Murphy Administration commissioned a “rapid review” by Manatt Health. But that only focused on nursing homes. A larger review is called for.

When Murphy lifted the public health emergency, he stated “We think we can responsibly live a normal life with COVID.” While there have been surges—and there are sure to be more this Fall and Winter—it has not approached the levels before there were vaccines, at-home testing and therapeutics.

The state has reached that point that the governor talked about, getting back to a normal life. Moreover, Murphy’s schedule over the last six months has shown that.

We as a country have made that transition to living with COVID. We have gone back to work, school, vacations, and dining out—maybe in a different way but in numbers that approach before the first case was discovered in North Jersey 29 months ago.

The way we see it is that Murphy is not fulfilling a promise he made as governor and during his campaign for a second term. It is time the governor stopped putting off an examination of his administration’s actions since March 2020. Because for a man who has national ambitions, anything else is disqualifying for his political future in our eyes.