Legislation would end federal cannabis prohibition, empower states to create their own laws 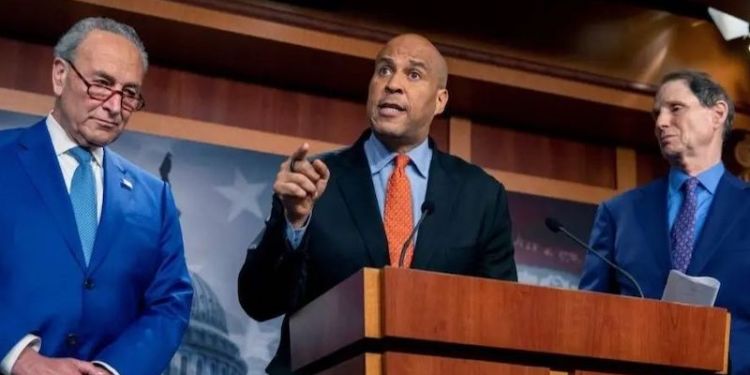 New legislation could end federal cannabis prohibition by removing it from the Controlled Substances Act.

“As more states legalize cannabis and work towards reversing the many injustices the failed War on Drugs levied against Black, Brown, and low-income people, the federal government continues to lag woefully behind,” said Booker.

The bill would automatically expunge federal cannabis convictions while encouraging states to the same. Additionally, it would expand access to loans and capital for entrepreneurs harmed by the War on Drugs.

Public health and safety was a major point of the new law.

“The Cannabis Administration and Opportunity Act will be a catalyst for change by removing cannabis from the federal list of controlled substances, protecting public health and safety, and expunging the criminal records of those with low-level cannabis offenses, providing millions with a new lease on life,” said Schumer of the bill.

“I’d ask my colleagues in the Senate to think long and hard about what keeping the federal government stuck in yesteryear means for public health and safety,” noted Wyden.

One of the aspects promoted by the trio is the bill would have new regulations and taxes for cannabis. Due to its federal illegality, cannabis cannot be traded across state lines, which means companies must build separate farms, stores, factories, and supply chains for each state they operate in. Additionally, sky-high taxes are levied on the product.

Under the bill, the Drug Enforcement Agency would cede oversight of cannabis to Food and Drug Administration and the Alcohol and Tobacco Tax and Trade Bureau within the Treasury Department, putting the plant on similar legal footing to tobacco and alcohol.

Decriminalizing cannabis at the federal level would ensure state-legal cannabis businesses will be able to access bank accounts and financial services, which are currently unavailable due to its federal status.

“By failing to act, the federal government is empowering the illicit cannabis market, it’s ruining lives and propping up deeply rooted racism in our criminal justice system, it’s holding back small cannabis businesses from growing and creating jobs in their communities,” Wyden said of the current dynamic.

The legal cannabis industry in the U.S. is expected to hit $32 billion in 2022, doubling sales from just three years ago, according to Politico. New recreational markets in New Jersey, New York, and Virginia are part of the reason for the growth.

“It all stems from federal illegality,” said Anita Famili, who heads the cannabis and CBD industry group at law firm and consultancy Manatt, to Politico. “The cost of doing business for weed companies is just much higher than any other business.”

Lawmakers Seek Details on How IRS Will Spend Money from IRA