Menendez, Johnson, Others Reflect on the Life of Queen Elizabeth II 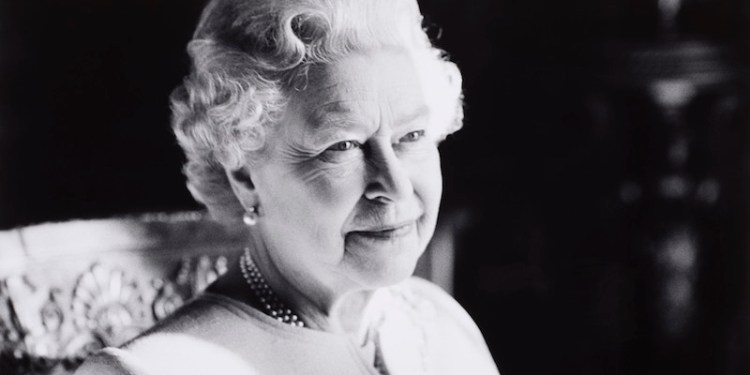 Queen Elizabeth II, the world’s longest-serving monarch, died Sept. 8 at Balmoral Castle, her summer retreat in Scotland. She was 96.

Buckingham Palace said that the Queen had been placed under medical supervision and that her doctors were “concerned” about her health. She had remained at Balmoral for much of the summer. Her last public meeting was on Sept. 6, she met with the incoming Conservative prime minister, Liz Truss—the 15th prime minister the Queen dealt with during her reign. Because of infirmity, she broke with longstanding tradition by receiving her at Balmoral rather than at Buckingham Palace.

The Queen, whose reign of almost seven decades goes back to Prime Minister Winston Churchill in 1952, death was announced online by the royal family but did not specify a cause.

“I send my deepest condolences to the people of the United Kingdom on the occasion of the passing of Her Majesty, Queen Elizabeth II. Britain’s longest ruling monarch, the Queen embodied the essence of British leadership for over seven decades and leaves a proud legacy of service to her people and of steadfast friendship and respect for the United States. The U.S. Congress was honored to host Her Majesty as she joined the American people in celebrating the bicentennial, and again for her Address to a Joint Session of Congress in 1991. Her meaningful engagement with American leaders from President Truman to President Biden and her commitment to our countries’ Special Relationship greatly contributed to the enduring friendship between our nations. Today we join in mourning Her Majesty with millions around the world who loved, admired and respected her, and pray her loved ones find comfort in reflecting on her extraordinary life and knowing The Queen is now reunited with her loving husband, the Duke of Edinburgh. May she rest in peace.”

“Her Majesty Queen Elizabeth II was the embodiment of dignity and grace, serving longer than any monarch in British history. I had the honor and privilege to meet and spend time with her which I will treasure forever. My condolences to The Royal Family during this sad time.”

“For more than 70 years, Her Majesty Queen Elizabeth II had been a strong, steady, and reassuring presence on the international stage. The United States, and the 14 presidents who have served during her reign, benefited from her unwavering support and friendship. In New Jersey, her reign coincided with the strengthening of economic and social ties with the United Kingdom. And for the many British citizens living in New Jersey, she remained a singular point of connection with their native soil. New Jersey joins the international outpouring of sympathy for our friends across the United Kingdom who mourn her passing. What a tremendous life she lived.”

“I am saddened by the passing of Queen Elizabeth II, who bent the arc of history over her 70-year reign.  My condolences are with her family and the people of the United Kingdom in this time of mourning.”

“Her Majesty Queen Elizabeth II was more than a monarch. She defined an era.

In a world of constant change, she was a steadying presence and a source of comfort and pride for generations of Britons, including many who have never known their country without her. An enduring admiration for Queen Elizabeth II united people across the Commonwealth. The seven decades of her history-making reign bore witness to an age of unprecedented human advancement and the forward march of human dignity. She was the first British monarch to whom people all around the world could feel a personal and immediate connection—whether they heard her on the radio as a young princess speaking to the children of the United Kingdom, or gathered around their televisions for her coronation, or watched her final Christmas speech or her Platinum Jubilee on their phones. And she, in turn, dedicated her whole life to their service.

“Queen Elizabeth II was a stateswoman of unmatched dignity and constancy who deepened the bedrock Alliance between the United Kingdom and the United States. She helped make our relationship special. All told, she met 14 American presidents. She helped Americans commemorate both the anniversary of the founding of Jamestown and the bicentennial of our independence. And she stood in solidarity with the United States during our darkest days after 9/11, when she poignantly reminded us that ‘Grief is the price we pay for love’.”

“Queen Elizabeth II shaped history as a global leader for seven decades and was admired by millions. I send my deepest condolences to the Royal Family and the people of the United Kingdom.”

“Today, we remember and honor Queen Elizabeth II for her tireless service of more than 70 years to her country and people. She helped guide the United Kingdom throughout her life, and maintained an important and unwavering friendship with the United States.”

“Sad to hear of the passing of Great Britain’s Queen Elizabeth II. She was the country’s longest serving monarch and spent 70 years on the throne. My prayers go out to the British people and her supporters around the world during this difficult time.”

“My colleagues and I mourn the passing of Queen Elizabeth II. Throughout her seventy year reign, the Queen was a steadfast ally of the United States, guiding our nations’ partnership into the 21st century. I offer my condolences to King Charles, the British Royal Family, and the people of the United Kingdom and the Commonwealth of Nations.”

Gottheimer Report: 75% of the Public Are Against NYC Congestion Tax

Gottheimer Report: 75% of the Public Are Against NYC Congestion Tax