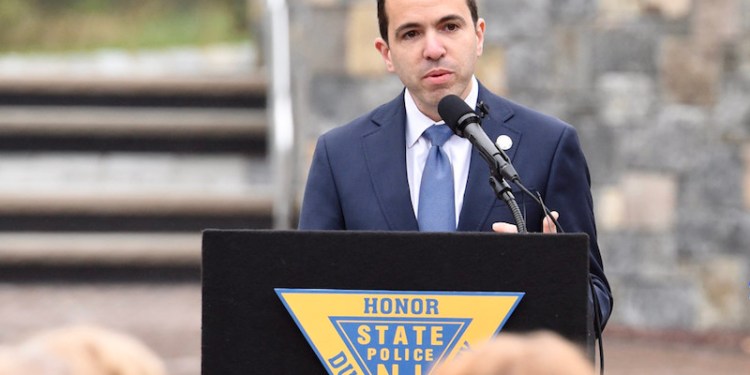 New Jersey will put forward $17 million in grant funding with a target on combating auto thefts and reducing gun violence within the state.

The announcement came a day after an attempted carjacking in broad daylight at the  home of a neighbor of Gov. Phil Murphy in Middletown.

Platkin noted the Department had begun accepting applications from law enforcement agencies across the state for the grant funds. Additionally, it released Notices of Availability of Funds (NOAFs) for the public to see what projects could be eligible.

“New Jersey has been proven to be a national leader in violence reduction efforts, and that includes holding accountable criminals who perpetrate gun violence and auto theft,” said Platkin. “By providing law enforcement with these resources, we are supporting the essential work they do day in and day out to safeguard communities and protect New Jerseyans.”

The fund for gunshot technology would focus on the purchase or enhancement of a fully integrated network of three distinct systems, including acoustic detectors, video management technology, and automatic license plate readers. Besides helping officers in their attempts to get guns off the streets, Platkin’s office said the systems allowed first responders to more quickly render lifesaving medical aid to those suffering a gunshot.

Earlier this year, state law enforcement officials expanded the Auto Theft Task Force by adding additional detectives and prosecutors, as well as bringing on board more police departments from around the state. According to data from the New Jersey Regional Operations & Intelligence Center (ROIC) in March, auto theft was up 31% in the state’s CorrStat Region, which represents more than 80 municipalities in northeast New Jersey along the Route 21 corridor. This area accounts for 63% of the state’s total motor vehicle thefts.

The New Jersey State Police (NJSP) would see some of the $10 million designed to increase use of ALPR technology.

“The allocation of these grants to increase the use of automated license plate reader and gunshot detection technology will undoubtedly aid our policing and investigative capabilities.” said NJSP Superintendent Colonel Patrick J. Callahan. “Access to these resources will help combat the growing number of motor vehicle thefts and expand access to technology aimed at reducing gun violence.”

The announcement came a day after media reports surfaced indicating the Governor’s neighbor was almost the victim of a broad-daylight auto theft.

Close to Home for Murphy

News 12 New Jersey reported two men were spotted trying to break into the next-door neighbor of Murphy in Middletown. The outlet said neighborhoods along Navesink River Road had become targets for auto thefts as it was a quick ride to the Garden State Parkway, where they can flee.

Federal and state North Jersey lawmakers, on both sides the aisle, have pushed for legislation to deal with the rise of auto thefts this year.

Rep. Josh Gottheimer called for federal intervention into the issue in July, as auto thefts increased 22% in 2021 and have continued to climb in 2022. “Every other week, we read about yet another carjacking or stolen car literally taken out of someone’s driveway as they slept or, brazenly, in broad daylight,” said Gottheimer at the time. “We need to crack down and cut the engine on carjacking and car theft.”

State Sens. Richard Codey (D-27) and Anthony Bucco (R-26) came forward in a bill in August that would give law enforcement new tools to fight “an epidemic of car thefts, often organized by gangs that prey on at-risk juveniles.”

North Jersey COVID-19 Update: WHO says End of Pandemic is “In Sight”

North Jersey COVID-19 Update: WHO says End of Pandemic is “In Sight”