by North-JerseyNews.com
in Opinion
0 0
24 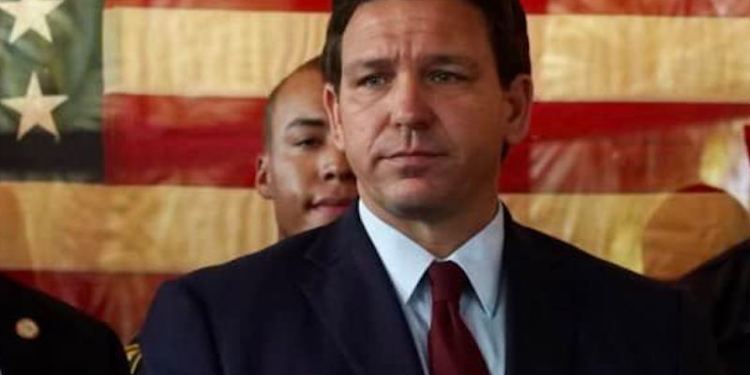 When Judge Douglas Fasciale was nominated to the New Jersey Supreme Court last week, he elegantly and lovingly spoke about his family’s journey to America.

Fasciale, the highly qualified Republican chosen to ensure the tradition of keeping the court ideological balanced, detailed his father arriving from a small village of 300 in the mountain ranges of Italy.

“At age seven, he and his mother crossed the Atlantic Ocean and joined his father, who several years earlier had arrived at Ellis Island to start his own career as a carpenter,” said Fasciale. “They searched for a better life and to live the American dream.”

Fasciale’s father would go on to enlist in the Navy during World War II and serve on the USS Texas Battleship. After his service, he lived a life that included playing music professionally while obtaining a college and masters degree in education. His mother, who lived into her 90s, would go on to have a career as a seamstress at Bloomingdales.

“My two sisters and I fulfilled their dreams,” he declared.

Hours later, the current harshness on immigration of the party Fasciale is a member of was exemplified by the relocation of about 50 migrants unexpectedly arriving at Martha’s Vineyard. The flights were part of Florida Gov. Ron DeSantis’ $12 million program to transport undocumented immigrants to sanctuary destinations.

The plane reportedly originated in San Antonio, made a stop in Florida and then another stop in South Carolina before landing on the island off the southern coast of Massachusetts. NPR reported that the migrants said a woman approached them outside the shelter in Texas and lured them into boarding the plane, saying they would be flown to Boston where they could get expedited work papers. If the allegation is true, it is state-sponsored human trafficking.

With national aspirations, DeSantis and Gov. Greg Abbott (R-TX) have decided to protest the rise in illegal immigration under President Joe Biden by shuttling from Republican-led states busloads of migrants to liberal cities and states. Its a policy that was deemed illegal by immigration officials in the Trump Administration.

“States like Massachusetts, New York and California will better facilitate the care of these individuals who they have invited into our country by incentivizing illegal immigration,” according to a statement from the Florida governor’s office after the transport.

The juxtaposition was striking and truly disgusting. Children, ones the same age as Judge Fasciale’s father when he came to America all those many years ago, are being used as political pawns that are antithetical to the American Dream.

Yes, our immigration system is broken—in no small part sabotaged by the extreme right wing of the Republican party. And the burden is being too heavily felt on the southern border states. We actually think it makes sense to incorporate every state in the nation to give comfort for those looking to make a better life in America.

For the overwhelming majority of those fleeing countries in South America to come to the U.S., their reasons are no different than Judge Fasciale’s father and grandparents. Maybe the only difference is the violence they are running from leave them no other option in their attempts to escape their country.

The inhumane stunts by Republicans like DeSantis and Abbott do not serve anyone. Those who are cheering those moves should really take stock if this violation of basic human rights is what you want as a leader.

For men who talk about their religion guides them, the two governors would be wise to heed the words found in the Bible, Zechariah 7:9-10: “Thus says the Lord of hosts: Render true judgments, show kindness and mercy to one another; do not oppress the widow, the orphan, the alien, or the poor; and do not devise evil in your hearts against one another.”

Those on Martha’s Vineyard who scrambled to feed, clothe and shelter the immigrants are the ones who understand the message of compassion to help others above all else.

We were all immigrants at one point, with our family members having faced the same intolerance that is exhibited today by MAGA Republicans. We would be wise to learn from our past mistakes, not repeat them. The time for stunts is over, the time for solutions that incorporate both Republican and Democratic ideas is long overdue.