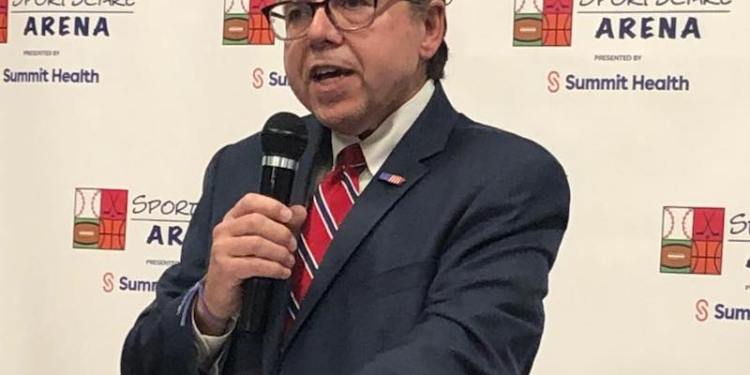 State Sen. Anthony M. Bucco (R-25) is not thrilled with the new workplace weed guidance issued by the New Jersey Cannabis Regulatory Commission (NJCRC), arguing it took too long for a guidance to be issued and that the guidance itself leaves too many questions.

With the marijuana sales legal within the state for five months now, Bucco said many employers, especially those in high-risk environments like construction sites and infrastructure projects, had been waiting desperately for rules on the use of the drug among workers.

“The longer this confusion goes on, the likelihood of litigation due to enforcement increases. Employers need something definitive—a final decision about how companies should proceed and what they can and cannot do to keep the workforce safe without violating workers’ rights to privacy,” said Bucco.

The Morris County lawmaker said NJCRC was only able to issue interim guidance that told employers to treat cannabis like alcohol. He said it kept employers in the dark about what to do to keep the workplace safe while not violating the rights of the workforce’s privacy.

Bucco noted that the rules would have to suffice until NJCRC finalized the standards for hiring Workplace Impairment Recognition Experts.

“It is time to end the foot-dragging and make some decisions,” Bucco concluded.

NJCRC’s rules were designed to strike a balance between workplace safety and work performance, with NJCRC executive director Jeff Brown saying it had been done with alcohol for years without thought.

The guidance is designed to work with the long testing windows for marijuana use. According to Priory Group, cannabis can be detected for as little as three days or up to 30 days after last ingestion, depending on the rate of use by the individual.

Bucco first raised the alarm in June, saying it was unacceptable that NJCRC had yet to produce rules for businesses nearly two months after cannabis sales became legal within the state.

“Even though the start of recreational pot sales was delayed by months, the Cannabis Regulatory Commission still hasn’t found the time to issue the rules for the drug recognition experts that employers are required to have to determine if employees are high while they’re working. This continued inaction is an unacceptable failure that hopefully won’t result in tragedy,” he said at the time.

NJCRC said the presence of cannabinoid metabolites in the employee’s bodily fluid alone is insufficient to support an adverse employment action and that automated test, ocular scans, and physical signs could be used as evidence for impairment, provided they were consistent, valid, repeatable, and objective.