Bicameral bill is in response to Trump’s actions leading up to Jan. 6 vote 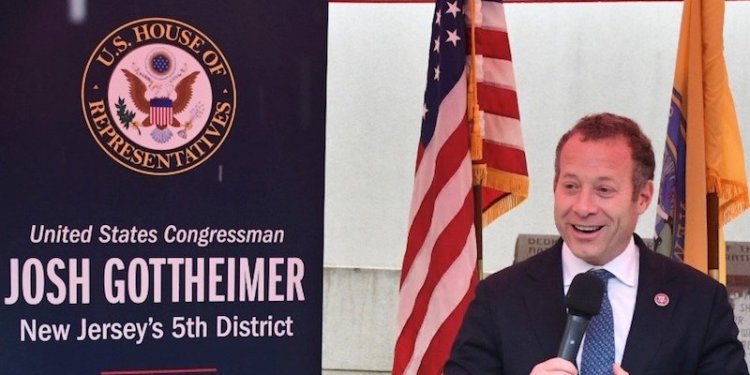 Rep. Josh Gottheimer is leading the effort in the House to modernize how a President is elected.

Gottheimer, with Rep. Fred Upton (R-MI), introduced the bipartisan House Electoral Count Reform Act as well as the Presidential Transition Improvement Act  Sept. 14 to reform and modernize the Electoral Count Act of 1887. The bicameral legislation is being sponsored in the Senate by Sens. Susan Collins (R-ME) and Joe Manchin (D-WV).

The goal of the lawmakers is to ensure the electoral votes tallied by Congress accurately reflect each state’s vote for President and a direct response to Donald Trump efforts to overturn the 2020 Presidential result on Jan. 6, 2021. The legislation would not allow a vice president to reject certified electoral votes as well as prohibiting state legislatures from ejecting the results.

“With this bipartisan, bicameral legislation, both sides of the aisle are coming together to protect our great democracy, preserve the integrity of our elections, and prevent any attempts to undermine them. Our nation’s future depends on it and the time to act is now,” said Gottheimer

The Electoral Count Reform Act is being offered in order to reform and modernize the outdated Electoral Count Act of 1887 to ensure that electoral votes tallied by Congress accurately reflect each state’s vote for President. It will replace ambiguous provisions with clear procedures that maintain appropriate state and federal roles in selecting the President and Vice President as set forth in Constitution.

Lawmakers are directing these improvements to after Trump’s attempt to have Vice President Mike Pence throw out state-certified electoral votes. It was Trump and his backers’ contention, which was never proven and no evidence was that it would change the outcome, of voter fraud that resulted in Joe Biden winning the presidency.

Among the changes proposed are giving the governor the sole power to transit a slate of electors to Washington, unless a state constitution decrees otherwise, preventing a legislature from rejecting a state’s popular vote; federal courts would be empowered to quickly resolve any dispute regarding the electors; and one-fifth of the Senate and House, not a single member in each chamber, would be needed to object to a state’s electors.

“Americans want certainty in elections, not vested parties’ interpretations of laws from the 1800s,” said Upton. “By clearly specifying the procedures for counting electoral votes, this bill provides the clarity voters need to know their vote for president matters. Further it ensures the gamesmanship of political parties will not be a factor in the longstanding presidential selection process.”

A second bill, the Presidential Transition Improvement Act, was introduced. The proposed law will promote the orderly transfer of power by providing clear guidelines for when eligible candidates for President or Vice President may receive federal resources to support their transition into office.

Most notably, it would allow an eligible candidate, during the limited time period in which the outcome of a presidential election is reasonably in dispute, to receive transition resources, removing the need for the Administrator of the U.S. General Services Administration to ascertain the apparent winner during this time. The administrator would still be able to limit transition resources to just the apparent winner if the outcome is clear.

“We are very pleased that Representatives Gottheimer and Upton have introduced the House companion to our legislation that would correct the flaws in the archaic and ambiguous Electoral Count Act of 1887,” said Collins and Manchin in a joint statement. “Their leadership helps build momentum to pass these significant and much-needed reforms. We will continue to work with our colleagues to increase bipartisan, bicameral support for this legislation.”