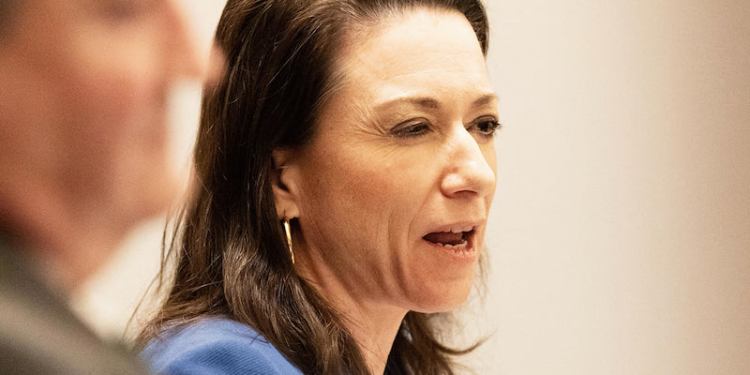 Assemblyman Christopher DePhillips and Assemblywoman Aura Dunn, outraged at the  rate hike up to 24% for public workers and 15% for teachers, want an overhaul and restructuring of the the State Health Benefits Commission.

The lawmakers said the raise is even worse after certain state workers are exempt from the rate hike because of a deal hammered out between Gov. Phil Murphy and state unions, which reduced the increase in a state employee’s contribution down to 3% from 18% in exchange for copays for specialists doubling to $30 and urgent care tripling to $45.

To complicate matters further, individuals working for county government or local municipalities within the state have actually seen their own healthcare premiums spike to about 20%.

“It’s unconscionable that the board could vote in favor of this plan when there is such a disparity between state and local employee rate increases,” DePhillips (R-40) said. “Our local governments and property taxpayers cannot bear this burden just because they did not work out a last-minute backroom deal. It’s time we make sure they have a seat at the decision-making table.”

The push-back by lawmakers is an attempt to level the playing field on behalf of individuals employed by local government municipalities. The State Health Benefits Commission is currently designed to aid state government employees and not local municipalities or counties. The five-board members that oversee and rule on health benefit issues are all affiliated to some degree, with state government.

Its members include the state treasurer, Department of Banking and Insurance commissioner, chair of the Civil Service Commission, and two representatives from public employee unions (currently one from AFL-CIO and one from CWA). There is no one from local government.

“Municipalities and taxpayers must have representation and a voice in the process to determine health rates,” Dunn (R-26) said. “New Jersey already has the highest property taxes in the nation and local employees will now face salary decreases and property tax increases because of the approved hikes. It is unjust and the system that allowed this to happen must be fixed.”

Under the DePhillips and Dunn proposal, the number of commissioners would increase by two to seven members to represent local municipalities and counties within the Garden State. One would be selected by the New Jersey Association of Counties and the other by New Jersey League of Municipalities.

The dismay with over the rate increase was echoed by State Senate Majority Leader M. Teresa Ruiz, who expressed disappointment in how swiftly the commission rammed through the health benefit hike without any real negotiations.

“The financial realities we have faced due to the pandemic have been tough. With the recent announcement of a double digit increase for public employee health benefits, the outpouring of concern on this issue is understandable,” said Ruiz (D-29). “While nationwide health benefit rate trends have increased roughly 10%, New Jersey’s increase absent any solution, could ultimately lead to higher property taxes. We should all be concerned because there are consequences for employees, state and local government, schools and the taxpayers.”

Publicly voicing their opposition as well were two influential GOP State Senators—State Senate Minority Leader Steven Oroho (R-24) and Senate Republican Budget Officer Declan O’Scanlon (R-13). They were critical of the governor’s administration for its mishandling of the one-sided increase.

“We find the Murphy Administration’s complete lack of transparency regarding higher healthcare premiums that will result in massive property tax increases to be disconcerting, though it has been a pattern and comes as no surprise,” said Oroho and O’Scanlon.

“The administration must seriously consider suggested cost savings ideas advanced by local employee unions and others and provide estimates of the resulting savings, and either support them or explain their refusal,” said the two GOP lawmakers.

The State Senators are looking for the cost estimates for the few plan changes adopted as well as the cost to taxpayers of holding employee cost bumps at 3% while taxpayers pick up the balance.

“It is perplexing that they have bailed out state employees without first identifying real savings,” they offered. “And it is beyond belief that they are ignoring property taxpayers and local employees including police and firefighters who worked throughout COVID and have suffered enough.”