Over 70% support teachings in middle and high schools 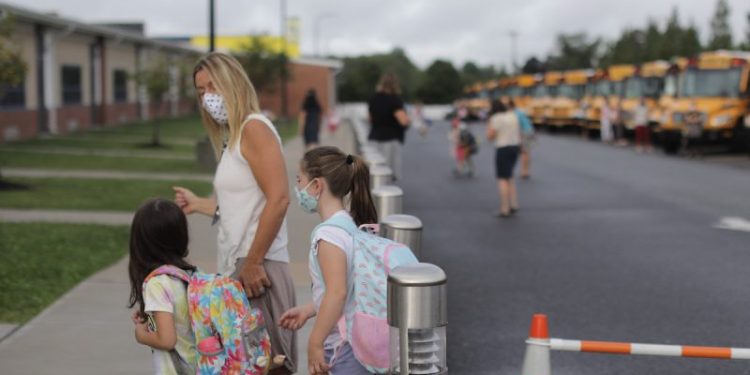 As the uproar since the Spring has has grown throughout the year about the the new health and sexual education standards being incorporated at New Jersey schools, one question has gone unanswered:

How large is the opposition?

Well, a Rutgers-Eagleton poll released Sept. 21 has finally given Garden State residents an answer. And the answer will leave supporters on both sides saying they are right.

When it comes to teaching the new standards, 51% of respondents oppose it being taught at the elementary level as compared to 46% who support it. The approvals jump as students get older—71% supportive of the subject being broached in middle school and 88% in high school.

Pollsters added that an emphasis on “age appropriateness” makes little difference; when this phrase is included in the question, similar numbers favor health and sexual education in each level of schooling as they did without the additional wording.

“Sex ed has become a major flashpoint this year in New Jersey, especially now as midterm elections approach,” said Ashley Koning, an assistant research professor and director of the Eagleton Center for Public Interest Polling at Rutgers University–New Brunswick. “According to these numbers, those who have been most vocal in New Jersey do not necessarily reflect a majority of residents’—or even parents’—views.”

Sixty-three percent of New Jerseyans believe the content of health and sexual education courses should all be the same throughout the state, while 33% feel each district should be allowed to decide the content of their courses.

Similarly, 36% think parents should have the option of keeping their children out of health and sexual education classes, whereas 37% think every student should have to take them.

When the poll limited the responses to just parents and guardians, they found they feel about the same as residents overall when it comes to sex education in terms of when it should be taught and if it should be standardized throughout the state. Parents and guardians are much more likely than non parents, however, to say parents should be able to opt their child out of it—70% versus 56%, respectively.

“Sex education has historically had support among New Jerseyans when it comes to middle and high school, but interestingly, the desire for a standardized curriculum, as well as parental choice, have increased by double digits since 1980,” said Koning.

“The salience of the issue and deep partisan divides in today’s political climate, along with solid support from Independents on having standardization yet also parental choice, are likely responsible for these notable increases.”

As with most lightning rod issues in New Jersey and America today, there is stark partisan differences on sex education as well. State GOP lawmakers have framed the issues under a parental rights banner and held a two-hour virtual hearing on the subject last month with school board members and parents among others participating. The emphasis has been on objection of the subject being included in elementary schools.

While a majority of Republicans (70%) favor teaching it in high school, it still trails by approximately 20 percentage poitas with those identifying themselves as Independents (87%) or Democrats (98%). Additionally, 87% of Republicans want parents to have the choice to keep their child out of health and sexual education classes, compared with 44% of Democrats and 61% of Independents.

“It remains to be seen who can use this issue more effectively to rally their base and get voters to turn out for Election Day,” Koning said. “While public support for parental choice bodes well for Republicans, general favorability toward teaching sex ed—and the support for it from Independents, in particular—does not.”

Rutgers pollster pointed out that Republicans are more split when it comes to whether curriculums should be standardized throughout the state—50% support standardization as compared to 45% wanting their local school district to have the final say. Comparatively, Democrats (69%) and Independents (64%) are much more in favor of standardization.

Women, Black residents, and people with higher levels of education are more favorable of health and sexual education being taught in elementary school compared to their respective counterparts. These margins dissipate, however, when asked about middle and especially high school.

“Opposition to sex ed won’t play well with a key voting bloc like women, who are already dissatisfied with other issues like abortion this midterm cycle,” said Jessica Roman, a research associate at Rutgers Eagleton.