Sherrill, DeGroot recent back and forth show battle lines this Fall 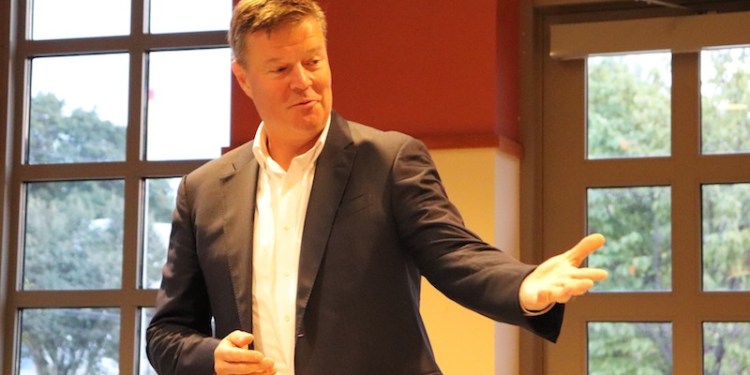 June 24 changed everything in the midterm elections.

It was on that day that a woman’s right to an abortion was overturned by the U.S. Supreme Court’s decision in the Dobbs v. Jackson Women’s Health Organization case, effectively overturning the nearly 50 years of precedent of Roe v Wade. In the following days and months, states across the U.S. enacted laws that banned a woman from having an abortion that included in some extreme cases it not being allowed if a mother’s health is in danger as well as ones from rape or incest.

Long an issue that was seen as driving out pro-life votes for Republicans, the issue is expected to have the same effect in the 2022 elections for Democrats who hope to use the issue to win votes from Independents and some GOP voters.

Democratic candidates in North Jersey have used it as a rallying cry while Republicans are attempt to find a middle ground with voters in their own party that are pro-life versus national politicians such as Sen. Lindsey Graham (R-SC) promised that a federal ban will be voted on if the GOP takes over control of Congress.

The issue has been out front in the contest for the 11th Congressional District, the race pitting  Rep. Mikie Sherrill against GOP nominee Paul DeGroot. Both candidates have gone back and forth on the issue in the last couple of weeks.

DeGroot sought to tackle the issue head on, asserting that Sherrill’s attacks are “blatant lies” and that his stances on abortion are in line with those of most New Jerseyans in Facebook video Spet. 15.

“Others in my party are afraid to talk about this issue, but not me,” DeGroot said. “Mikie Sherrill is the radical who’s out of step with the majority of New Jersey. She wants to use abortion as a wedge, and she wants to make people afraid and fearful.”

DeGroot said his position that he supports the U.S. Supreme Court’s Dobbs ruling overturning the constitutional right to abortion, believing instead that it should be left up to individual states. New Jersey earlier this year codified a woman’s right to choose.

DeGroot’s views are lined up with Graham’s proposed legislation restricting abortions to within 20 weeks of conception with further exceptions for rape, incest, and the health of the mother. Instead, he argues that this approach is what voters in the 11th District want.

“But Mikie Sherrill, she is way out there,” said the former Passaic County prosecutor. “She support partial birth abortions…supporting abortion up until birth. (She) is not mainstream.”

The positioning of the issues by DeGroot comes after the Sherrill campaign launched a digital ad from a local nurse giving a first-hand account allowing  states to ban abortion without exceptions. The woman tell of her experience when a 17-year-old woman died in her arms, the result of an illegal abortion before Roe v. Wade.

“Women will die because of the policy that Paul DeGroot supports,” says the nurse identified as Maxine. “We can’t let him take us back.”

“Paul DeGroot has no respect for a woman’s right to make her own healthcare decisions, including on abortion,” said Sherrill for Congress Campaign Manager Jackie Burns, who referenced West Virginia recent legislation that allows for exemptions for medical emergencies and for rape and incest victims until eight weeks of pregnancy for adults and 14 weeks for children. “Women across the country like Maxine know the dangers of a world without Roe, and Paul DeGroot’s policies will take us back to that.”

Sherrill recently hosted a panel discussion with Planned Parenthood in Montclair about access and reproductive freedom protections in the aftermath of the overturning of Roe v. Wade with legal experts, advocates, healthcare providers, elected officials, and students.

“Every woman deserves access to reproductive health services and the ability to make her own decisions about her healthcare,” said Sherrill. “In the face of unending attacks on reproductive freedom from extremist Republicans, including the dangerous national ban proposed (by Graham), I will not give up the fight to protect safe abortion access, regardless of where you live.”

But Sherrill is not alone in pushing the issue. The Malinowski campaign has relentlessly sought to show a historical pattern of Tom Kean Jr. voting against a woman’s right to choose while serving in Trenton.

The Malinowski camp recently highlight that on his last day in New Jersey’s State Senate this January, Kean Jr. voted against a bill codifying the protections of Roe v Wade for women in New Jersey, voted repeatedly to deny funding for Planned Parenthood while in Trenton; and was endorsed by National Right to Life—a group that campaigned to criminalize abortions with no exceptions for rape or incest.

On Kean Jr’s website, who has done almost no media during the campaign, abortion is not addressed as he has maintained a focus on the economy. But under an url that is not offered as link on his site, it states “Tom is a fierce defender of the sanctity of life, fighting every step of the way to protect the unborn from egregious abortion laws proposed in New Jersey, and will continue to do so in Congress.”

Views from the 5th

In the 5th district, Rep. Josh Gottheimer campaigned on the issue this week. Standing outside the Hackensack Health Center’s Planned Parenthood, Gottheimer said he is backing legislation that protects in vitro fertilization (IVF), women’s data and privacy on reproductive health apps, and to push to fully codify Roe v. Wade in federal law.

“We are watching in real time the widespread consequences of those who have declared a war on choice, a war on women’s healthcare, and a war on personal privacy,” said Gottheimer, a member of the Congressional Pro-Choice Caucus. “All women have a fundamental right to make personal, private healthcare decisions about their own bodies, lives, and futures.”

“We must stop these extremists in their tracks from continuing to wage war on women and families. And until we do so, far-right extremists will continue to take away women’s right to choose, even in cases of rape, incest, and the life of the mother.”

Pallotta and Right to Life

His opponent, Fran Pallotta, received the endorsement from the New Jersey Right to Life PAC for a second time in his attempt to defeat Gottheimer.

New Jersey Right to Life PAC promotes itself on its website as “the state’s largest and most active pro-life, non-partisan organization dedicated to protecting and fostering the most basic value of our society – human life….We continue to lead the effort on all public policy matters concerning the sanctity of human life at the state and federal level.”

When he accepted the the pro-life groups backing, Pallotta commented that “Together, we can change our culture to one that better respects life and ensures that tax dollars are never used to fund or promote abortions…Our ‘abortion on demand’ culture must come to an end.”