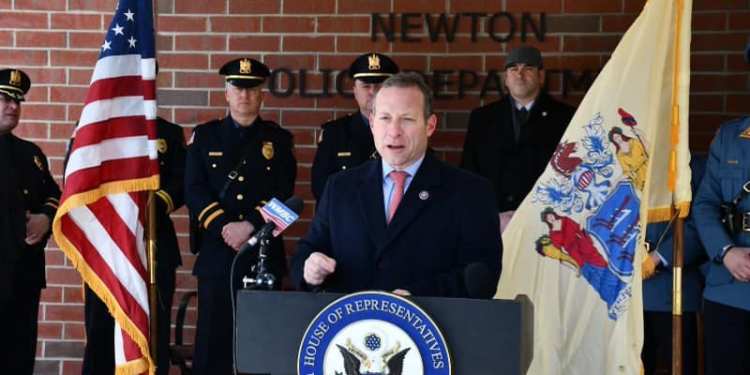 The House on Sept. 22 passed a bill sponsored by Rep. Josh Gottheimer that will provide $60 million a year over the next five years to smaller police departments across the U.S.

The bipartisan Invest to Protect Act, introduced by the North Jersey lawmaker and former Sheriff Rep. John Rutherford (R-FL), was approved by a 360 to 64 margin.

The bill was written to make targeted investments in small and midsize police departments with fewer than 125 sworn officers, which make up more than 96% of local U.S. police departments. Authors of the bill say the monies are to be used for the recruitment, retention, support, and training they need to protect their community.

“Today, Republicans and Democrats came together to pass the bipartisan, bicameral Invest to Protect Act to make real progress for public safety by investing in good policing to protect our families and officers,” said Gottheimer after passage. “I will ensure that local police departments across our country have what they need to recruit and retain the finest officers, to provide necessary training, and to invest in providing mental health resources for our officers.”

A version of this legislation unanimously passed the Senate previously, led by Sens. Catherine Cortez Masto (D-NV) and Charles Grassley (R-IA). Gottheimer noted support for the House bill comes from a coalition that includes the law enforcement community as well as Congressional Black Caucus.

“The Invest to Protect Act was developed through many conversations with Republicans and Democrats in both chambers, and with a broad spectrum of stakeholders,” he said, specifically naming Congressional Black Caucus Chairwoman Joyce Beatty (D-OH), the National Association of Police Organization, the Fraternal Order of Police and local New Jersey law enforcement organizations and departments.

The bill was cited by New Jersey State Policemen’s Benevolent Association (NJSBA) when they endorsed Gottheimer this Summer.

“Josh’s advocacy for first responders does not just help his district, he fights for officers throughout the country. We thank him for his tireless work in Congress to pass his bill, the Invest to Protect Act, to support local law enforcement,” said NJSPBA President Patrick Colligan.

With a bill that offers money for training as well as hiring of new officers, Gottheimer cited New York City’s Mayor Eric Adams who had previously noted that “there is room for both justice and public safety.”

“Adams is exactly right — we can and we will have both,” said Gottheimer. “The bottom line: you cannot cut or defund your way to safer communities and better police departments. It’s about investing to protect.”

Specifics of the bill include investment in officer safety, de-escalation, and domestic violence response training, allowing officers to receive critical training that will make them even more effective at their jobs; grants for small departments to recruit and retain new officers; allow departments to provide mental health resources for their officers; and authorize $60 million a year for five years for local police departments.