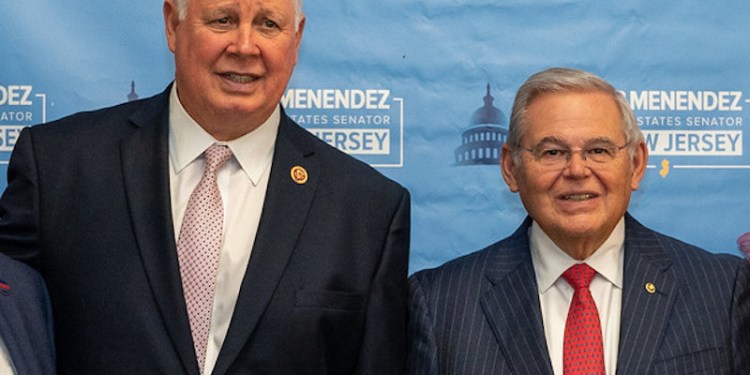 Rep. Albio Sires observed that no genuine referendum or democratic effort can take place with voters at gunpoint as part of an invasion.

The Russian-run referendum votes took place over five days, from Sept. 23 through Sept. 27, meeting with commendation from leaders worldwide. Results reported by Russian state media allegedly showed over 98% voting in favor of the measure in the self-proclaimed Donetsk and Luhansk People’s Republics; while 93% voted for it in the Zaporizhzhia region and 87% in the Kherson region.

Media outlets reported local Ukrainian officials providing numerous incidents of voter coercion in the five days of voting, with photos and videos popping up on social media indicating a process that was neither free nor fair.

Sen. Bob Menendez, chairman of the Senate Foreign Relations Committee, said the elections were the last attempt by Russia president Vladimir Putin to turn around an invasion that has been thwarted by Ukraine forces.

“Over the last month, Ukraine’s successful counter offensive has pushed Putin to take ever riskier and desperate measures,” said  Menendez. “Prison terms for Russian soldiers who surrender and execution for those who desert. The coercive and violent conscription of unwilling Russian men.”

“The continued threats to ‘use all the means at [Russia’s] disposal.’ And of course, the outrageous and illegal referendums carried out with Russian military forcing residents of occupied Ukrainian territories to ‘vote’ at gunpoint.”

The two Hudson County lawmakers were joined by Rep. Bill Pascrell in decrying the election results, saying that “the so-called liberations Russia talked about today are worth less than the blood-drenched papers they’re signed on.”

“These lands are a part of Ukraine. I will not accept Russia’s latest illegal annexations and rigged referenda,” said Pascrell, who a member of the Congressional Ukrainian Caucus. “Vladimir Putin’s rabid (recent) speech was the ramblings of a depraved, desperate dictator. He is losing the war he started and he knows it.”

Menendez restated that the policy of the United States remains steadfast and any crimes committed would be fully prosecuted.

“To be clear, the United States will never recognize Putin’s illegal annexation of Ukrainian land,” said Menendez. “We will demand accountability for the atrocities in places under Russian illegal occupation like Bucha and Izyum. And we will never entertain Putin’s delusional attempts to rewrite the map of Europe.”

Pascrell added “Putin and the Russian state have committed countless atrocities and war crimes. The butchery of innocent Ukrainians is on Putin’s hands. For years – for decades – Putin has bullied and swaggered his way to survival. Neither brave Ukrainians nor Americans will be cowed by his threats.”

All three lawmakers remarked that the recent approval of $12.3 billion in emergency aid should be seen as a resounding message the U.S. will continue to support the people of Ukraine every step of the way.

“Putin’s craven threats against the world will not deter us,” said Menendez. “American assistance to Ukraine should continue for as long as it takes to win.”

Sires added that he has seen first-hand the destructive effects Russia’s meddling can have on other nations, making it “incumbent upon us to call out these Russian actions for what they really are: lies, propaganda, and distorted democratic practices. The international community will not accept these fraudulent results and will not bend to the whim of Russia and a blood-thirsty Putin.”

“America must continue to stand shoulder-to-shoulder with Ukraine and give her the resources she needs to expel the Russian criminals,” said Pascrell. “That is why I was proud to vote in favor of over $54 billion in direct support for Ukraine and will be honored to support an additional over $12 billion for Ukraine.”