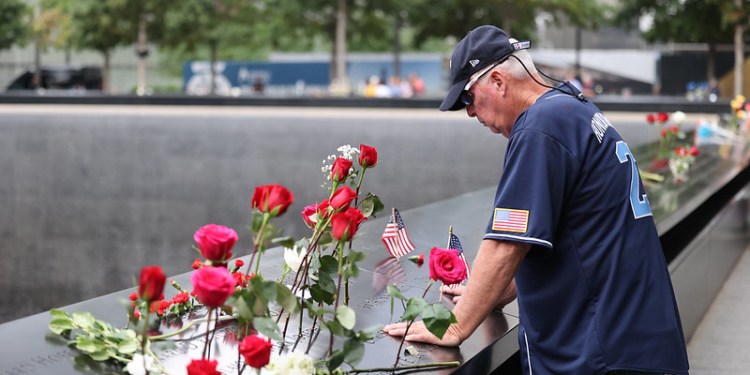 A new bill in Washington would expand monies for 9/11 families previously ruled ineligible  for financial support.

Passed in the House last month by a 400-31 margin, the bipartisan Fairness for 9/11 Families Act would provide a catch-up payment for thousands of victims, spouses and dependents who were excluded from the U.S. Victims of State Sponsored Terrorism Fund (VSSTF) when it was first established in 2015.

“Honoring the lives of those we lost on 9/11 requires concrete actions that show we—as a nation—care for the families who each day face the pain of their loved one’s absence,” said  Menendez in a press statement. “With the bipartisan Senate introduction and House passage of the Fairness for 9/11 Families Act, we’re one step closer to delivering justice to 9/11 spouses and children.”

In 2015, Congress enacted the Justice for United States Victims of State Sponsored Terrorism Act, which created the VSSTF to provide compensation for individuals with terrorism judgments against designated state sponsors of terrorism.  At the time, those who had received payments from the September 11th Victim Compensation Fund (VCF)—primarily victims, spouses and children—were precluded from receiving funds from the VSSTF.

Their exclusion from the fund led to a result by which other family members who were not eligible for payments under the VCF could receive compensation from the VSSTF—in some cases, substantially more than what was paid out under the VCF—while victims, spouses and children were excluded from the fund, despite also having claims.

“Today’s success is a testament to how Congress can come together from both sides of the aisle to never forget those we lost on 9/11 and to provide much needed support to those who continue to live with immense pain and grief,” said Rep. Josh Gottheimer.

“While this is a critical step to ensure that those who suffered unimaginable loss receive the resources they deserve, Congress still has more work to do. We must continue to fight for legislation that ensures the World Trade Center Health Program has the necessary investment it needs to adequately provide care to thousands of first responders and survivors exposed to toxins at Ground Zero.”

The U.S. Government Accountability Office (GAO) estimated that lump sum catch-up payments to 5,364 victims, spouses, and dependents would total approximately $2.7 billion. This legislation fully funds these payments, with the money coming from funds no longer needed to implement the Paycheck Protection Program.

“I fought long and hard with 9/11 families and allies in the Senate and House to pass the (VSSTF) in 2019 that fixed the mistake of excluding certain 9/11 families,” said  Schumer. “Now, this catch-up payment rectifies that original error and provides 9/11 spouses and children—as the victims of the worst foreign terror attack in American history—the funds that they should have had access to from day one.”

Menendez added “We hope our legislation sends a clear message that the memories and legacy of those we lost 21 years ago are still guiding us to do what is right.”