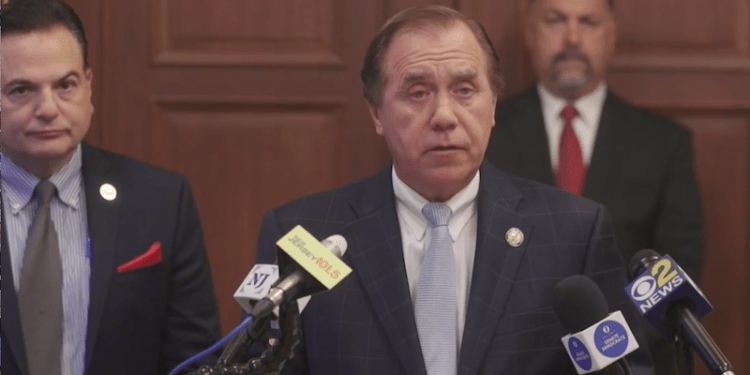 “By ensuring that individuals can only obtain a concealed carry permit after extensive review and appropriate training, we are standing up for victims of gun violence and helping to prevent future tragedies while abiding by the Court’s decision,” he said.

Scutari positioned the bill as another way the state continued to lead the nation on the gun safety issue, arguing it would “help prevent gun violence with common-sense standards to require training, promote gun safety and prevent firearms from being carried into sensitive locations.”

Assemblyman Joe Danielsen (D-17), a recreational hunter and a sponsor of the legislation, said commonsense gun reform being proposed wouldn’t stop sportsmen from engaging in family traditions like hunting.

“There is nothing at odds with promoting responsible gun ownership, gun safety, gun education, and gun training while upholding the Second Amendment. I am proud to have authored this legislation that will strike a balance between promoting public safety and allowing people to exercise their Constitutional rights,” Danielsen said.

Additionally, private property owners not included in the above categories would need to opt into allowing permittees to carry on their premises.

Permittees would be required to undergo gun safety training, including a gun range qualification. New insurance requirements would be imposed on handgun ownership to ensure victims of accidental discharge are appropriately protected.

The legislation would make it more difficult to obtain a concealed-carry permit by increasing the number of non-family members who must vouch for applicants. Additionally, new disqualifications for the permit process would be added, including “character of temperament” and past violations of restraining orders.

Building on Prior Work

To pay for the increased background checks, fees would be increased across the board, according to the legislators. Increased fees would also help fund the Victims of Crime Compensation Office (VCCO).

The New Jersey legislature had passed other common-sense gun laws in recent years, including ones to regulate ammunition and increase penalties for irresponsible gun dealers and manufacturers.

The Democrats accused Republicans in New Jersey of introducing at least four bills to roll back safety protections since the Bruen decision in June, and 33 that would increase the number of guns in New Jersey communities.