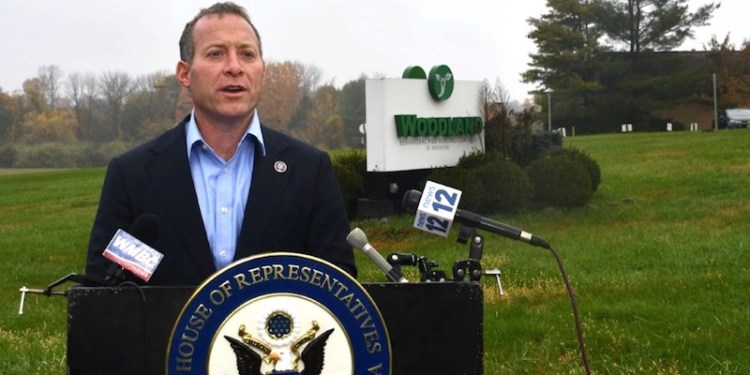 Rep. Josh Gottheimer is working with leaders in Sussex County to offset the tax loss from the closing of the long-term care facilities that was at the center of one of the most deadly outbreaks in the early days of the pandemic.

Gottheimer, working with members of the 24th Legislative District and Anover Mayor Thomas Walsh, is backing the call for Gov. Phil Murphy to provide economic relief immediately to the township if the owners of Andover Subacute and Rehabilitation II/Woodland Behavioral and Nursing Center default on their local taxes.

“Many of us, from the state’s Department of Health, to Centers for Medicare and Medicaid Services (CMS), to my office and state and local officials, including State Senator (Steve) Oroho and the Mayor, repeatedly sounded the alarm and pushed for accountability. Finally, the facility in Andover was rightly forced to close its doors,” said Gottheimer.

But with the closure,  the owners have stopped paying local property taxes that amounted to $1.4 million a year—27% going into the $10 million municipal budget, 57% to help fund schools and 16% to county services.

For a small community like Andover, where local tax revenue provides the financial backbone for essential public services, including law enforcement, the necessary closure of the Andover Subacute could have a serious impact on the community, according to the Congressman.

“I think it’s clear that they made the right decisions here…but, now that we’ve taken care of the seniors and veterans at Andover Subacute, we need to take care of the township — from the serious financial situation it’s facing,” he said.

Gottheimer sent a letter to Murphy requesting that the state utilize emergency, stabilizing economic assistance to help offset lost revenue or a portion of its $6 billion emergency dollars from the American Rescue Plan (ARP). The congressman noted these ARP funds would be necessary if for some unexpected reason the state’s emergency stabilizing resources are not available.

“The owners here have stopped paying the tax bills that they owe. First, the landowner here should cover the tax revenue they owe the town. They should pay their bills, no excuses. You can’t just stop paying your bills because you feel like it,” said Gottheimer.

“In the meantime, and if the landlord doesn’t do the right thing, then we need to figure out another way to get urgent help to Andover Township.”

The last residents of the Woodland Behavioral and Nursing Center in Andover were removed in August, shutting the door on the beleaguered long-term care facility whose substandard care forced the state to revoke its license during the pandemic. The closure came after a Superior Court judge in May took control of the nursing home away from its owners, Alliance Healthcare Holdings, and appointed a receiver to oversee its operations.

The facility was thrusted into the spotlight in Spring 2020 when a police inspection of the then named Andover Subacute and Rehabilitation II facility was found to have 17 bodies piled in a makeshift morgue. Care and personnel issues at the facility continued into 2022,  so severe that the National Guard was called in to help.

Federal regulators stopped the Andover nursing home from receiving funding after repeated surveys by CMS documented the nursing home’s failure to comply with several federal requirements, including numerous non-compliance deficiencies that caused or were likely to cause “serious injury, harm, impairment, or death to residents.”

The Democrat noted the request is not unprecedented. In 2013, New Jersey supported Nutley after it lost its largest ratepayer, Hoffmann-La Roche. The state provided transitional assistance for years to help the Township get back on its feet.

“This is very common in cases like this — transitional assistance to help a community through an unexpected financial crisis,” he said.