Ten Years After Sandy: New Jerseyans Believe in Climate Change, Unsure of How to Pay for Policies

Rutgers-Eagleton Poll notes most see it as a threat, concerned about effects 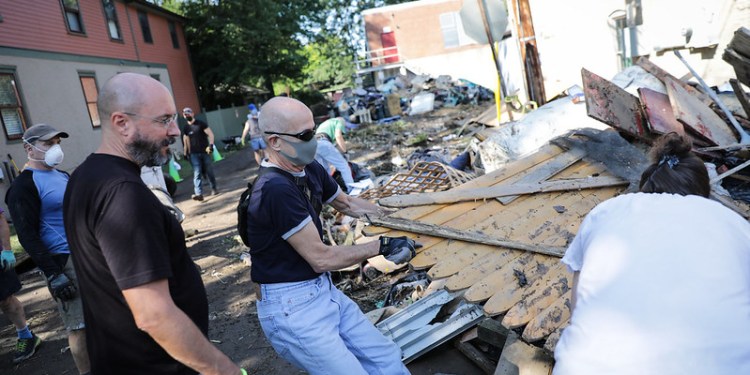 Ten years after Superstorm Sandy made landfall in New Jersey, many Garden State residents believe in climate change and see it as a threat.

But despite the support for climate-related policies, most are unsure of how to pay for it and many don’t want to be burdened with the responsibility of fighting climate change. That’s according to a Rutgers-Eagleton Poll released ahead of the 10th anniversary of Hurricane Sandy hitting the Garden State.

Fourteen percent of New Jersey residents reported the state will be “very” prepared for storms like Sandy and Ida in the next five to 10 years, with 62% saying the state would be “somewhat” prepared.

“The 10th anniversary of Sandy is a reminder for New Jerseyans of how far the state has progressed when it comes to climate resiliency and preparedness and – as they notice an uptick in extreme weather-related events – how much further it has to go,” said Ashley Koning, an assistant research professor and director of the Eagleton Center for Public Interest Polling (ECPIP) at Rutgers University–New Brunswick.

Most New Jerseyans noted the effects of climate change, with 65% saying extreme flooding was happening more often, and 52% perceiving a greater frequency in storms like Sandy and Hurricane Ida, which landed a year ago.

Additionally, 78% reported they believed the Earth’s climate was changing; meanwhile 45% and 27% of respondents thought changing climate change was a “very serious” or “somewhat serious” threat to the Garden State, respectively.

“New Jerseyans believe climate change is happening and even consider it important to their vote in November, but the paradox of the past decade remains: residents wholeheartedly want to see more climate-related action but do not want to be personally burdened with the responsibility,” said Koing.

“New Jerseyans are increasingly concerned about the impact that changing climate conditions will have on them, personally. Not only are they strongly committed to actions that will prepare their communities for future climate conditions but they are also strongly supportive of actions that will reduce climate emissions substantially,” said Jeanne Herb, co-director of the New Jersey Climate Change Resource Center.

Sixty-nine percent of respondents said the state should legally dedicate funds to support climate preparedness efforts, with 64% saying they should be earmarked for clean energy programs that cannot be used for other purposes.

“This poll affirms that New Jersey residents understand that climate change affects them now, and they overwhelmingly support state action to keep them out of harm’s way, while at the same time supporting the need to reduce carbon emissions in line with the Paris Agreement to net zero by mid-century,” noted Marjorie Kaplan, co-director of the New Jersey Climate Change Resource Center.