Kean Jr. recipient of $4.0 million in outside ads 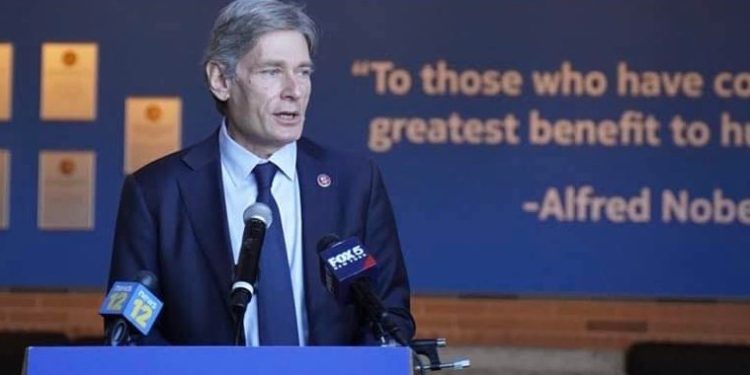 Ads that are paid by political action committees (PACs) from outside of North Jersey have dominated the airwaves in the 2022 Congressional races—to a tune of $15 million across the state.

The race that has seen the biggest influx is the 7th Congressional District rematch between Rep. Tom Malinowski and GOP nominee Tom Kean, Jr. And in the waning days, two Democratic PACs will  allocate $600,000 this week in their efforts to re-elect Malinowski as they attempt to retain the House.

The seven groups supporting Malinowski have poured approximately  $1.5 million into the race. Most of that money ($965,434) came from the House Majority PAC.

Besides the party PACs, ads aligned with Malinowski have been produced by the Moderate Party Independent Fund and Service Employees International Union Local 1199 – spending $160,000 and $121,000.

While Malinowski—who had over $2.8 million cash in hand entering the last month of the campaign—has had national help, it has been dwarfed by the Republican PAC’s spending at least $4.0 million to help Kean win the seat.

Kean has spent $2.6 million this election and had $1.2 million on hand to start October.

The two other hotly contested races in North Jersey—the 5th and 11th Congressional Districts—have been more of a one sided affair when it comes to outside campaign cash.

Rep. Mikie Sherrill has received $3.2 million in outside expenditures, the bulk of that from VoteVets.org. A pro-veteran PAC, that group has spent over $2.3 million for the Navy veteran Sherrill.

Independent spending groups have not invested in Sherrill’s GOP challenger, Paul DeGroot. In fact, the Republican State Committee is the only source of outside money there.

In the 5th Congressional District, the incumbent is again receiving significant outside support while the GOP challenger is left on his own.

Rep. Josh Gottheimer, who has $14 million on hand to spend, has received nearly $2.6 million in outside spending—with approximately $2 million of that coming from the House Majority PAC. Additionally, Gottheimer  received $445,000 Center Forward, a pac that described itself as “working to end the culture of gridlock in Washington by bringing together moderate centrist allies to find bipartisan solutions.”

GOP challenger Frank Pallotta, in a rematch from the 2020 race, has received  $58,260 from LV Strong, a PAC operated by Republican political and public affairs firm the Eagle Consulting Group.