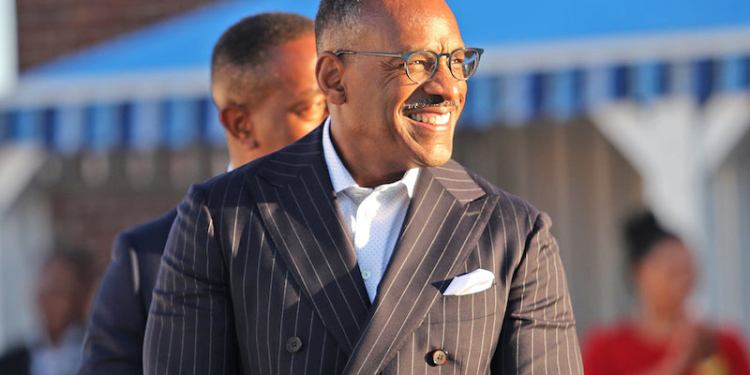 In the last days of the 2022 campaign, North Jersey Democrats called on Republican lawmakers to denounce a “race baiting” mailer sent out by a former Trump Advisor and warned of a threat from the Proud Boys at a Sussex County event this weekend.

“Joe Biden and left-wing officials are engaged in racial discrimination against white and Asian Americans…even though it’s against the law,” the mailer reads. “Biden and the left want to decide who gets hired – and who gets fired – according to their skin color.”

The mailers are not directed at a particular election or candidate. But the New Jersey Democratic State Committee want Republicans to demand an end to the ads and what they see as Miller’s agenda.

“There is no place in New Jersey for Stephen Miller’s racist, White nationalist agenda and every Republican who doesn’t want to be associated with Miller and his group should join us in disavowing this filth and standing against racism in any form,” said NJDSC Chairman LeRoy J. Jones, Jr. “While Republicans want to tear us apart for their own political gain, Democrats are fighting to help working families of all races and backgrounds thrive by pursuing an agenda that will build the middle class.”

In their release, NJDSC said the mailers are part of a long pattern of Miller’s group placing advertisements across numerous mediums throughout the country and that Miller is an “avowed nationalist” to the extent it has placed him on Southern Poverty Law Center’s list of right wing extremists.

“New Jersey will not allow an extreme right wing agenda to advance in our state, and we will always stand up against racists and White nationalist like Stephen Miller,” said Jones.

The mailer comes as the Proud Boys stated they are going to disrupt a Planned Parenthood benefit organized by Sussex County Democrats. The extreme right-wing group have declared they will be on hand Nov. 5 for “The Roe Show,” a six-hour concert of live music that bills itself as an LGBTQ-friendly “fem fest.”

“We’ll be there!!” Proud Boys New Jersey stated in a social media post that has widely circulated among various right-wing social media outlets in and outside of the Garden State. “If you don’t want to see us out in front of your establishment, don’t invite children to your drag show.”

The concert is being presented by Damaris Lira and Camila DiRest, Democratic candidates for the Sussex County Board of County Commissioners. To be held at a brewery in Franklin with an expected crowd of at most 200 supporters, the two candidates said there is no drag show being held.

“We’ve had three other events and they all have been friendly and peaceful,” said Lira to NJ Spotlight News. “This is the first time we’ve gotten any kind of threat. I find it, frankly, hilarious. If I let myself get afraid over this kind of nonsense I’d never get anything done.”

Bill Winkler, a Republican political consultant who advises the Sussex County GOP, said Democrats who ridicule conservatives like him, don’t understand the county and its people. He said Sussex County people still identify with old-fashioned religious values, “not a bunch of flamboyant gay guys.”

“It’s no surprise Damaris and Cami’s event is being targeted. The Right is simply triggered that something isn’t about them,” said Zoe Heath, chair of the Sussex County LGBTQ+ Democrats. “I encourage anyone who is comfortable and available to attend on Saturday. Queer joy in the faces of those who would take it away is resistance, and resilience.”

Murphy: Threat to Synagogues Has Been “Mitigated”