Murphy: Threat to Synagogues Has Been “Mitigated” 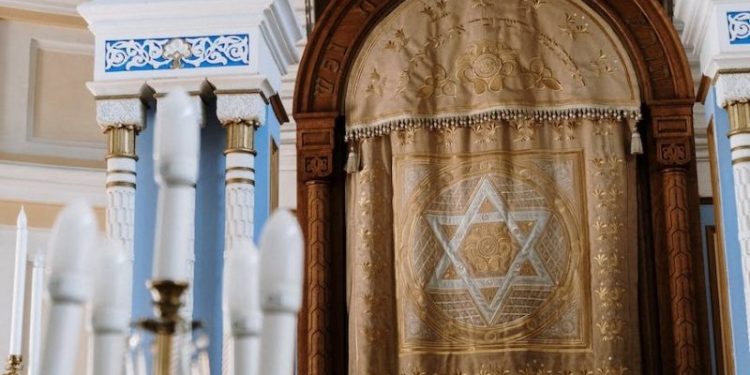 Photo by cottonbro studio on Pexels.com

Gov. Phil Murphy said threats against Jewish houses of worship were “mitigated” a day after the FBI warned they were targets in New Jersey.

“I am grateful to the FBI, as well as state law enforcement partners including the Attorney General’s Office, the State Police, and the Office of Homeland Security and Preparedness, for their tireless efforts in mitigating the immediate threat to our Jewish synagogues,” Murphy said in a statement Nov. 4. “While this specific threat may be mitigated, we know this remains a tense time for our Jewish communities who are facing a wave of antisemitic activity.”

The FBI followed with a statement that “Upon receipt of threat information against an unspecified New Jersey area synagogue, the FBI notified community leaders and our law enforcement partners. We identified the source of the threat who no longer poses a danger to the community.”

The threat warning was made by the FBI’s Newark office on Nov. 3 when it announced that it had “received credible information of a broad threat to synagogues in NJ. We ask at this time that you take all security precautions to protect your community and facility. We will share more information as soon as we can. Stay alert. In case of emergency, call (the) police.”

The New Jersey office further shared that “we are taking a proactive measure with this warning while investigative processes are carried out. The FBI takes all threats seriously and we are working with our law enforcement partners actively investigating this threat.  We are also engaged with our faith based partners in the affected community.”

The warning comes at a time of increased antisemitism in North Jersey and across the U.S. The Anti-Defamation League’s Audit of Antisemitic Incidents in the U.S. recorded 2,717 acts of assault, vandalism, and harassment in 2021—an average of more than seven incidents per day. Of that, 370 were reported in New Jersey.

Murphy said authorities take any threat with the “utmost seriousness and we will stand up and stand shoulder to shoulder with our Jewish congregations.”

“This threat violated one of the most fundamental tenets of our nation – the right to worship according to the dictates of our consciences and our sacred and holy traditions. We will always endeavor to ensure that every New Jerseyan of every faith may continue to live, study, and worship without fear for their safety,” said Murphy. “We will not be indifferent. We will remain vigilant.”

“Law enforcement will be increasing patrols in sensitive areas. Some of these patrols will be in marked vehicles and others will not—but please do not be alarmed if you observe an increase in police presence as we are taking these steps in an abundance of caution,” said Platkin.

Law enforcement officials called on North Jersey residents to be extra vigilant and if they see suspicious activity, report it to local authorities without delay.

Rep. Josh Gottheimer, who recently hosted a Homeland Committee hearing that connected the activities of hate groups at the center of the Jan. 6 attack to the rise of bias crimes and antisemitisim, said he would hold a briefing with the Bergen County Prosecutor, Bergen County Sheriff, mayors, and rabbis from synagogues from across the 5th Congressional District to ensure all precautions were being made.

“We must remember that it is the strength of our community and our enduring faith that will guide us through these difficult times,” said Gottheimer after morning service at Congregation Rinat Yisrael in Teaneck. “This is what happens after years of antisemitic comments from public figures, including, most recently, Kanye West, Kyrie Irving, and others. To those who made these antisemitic terroristic threats: We will not cower. We will not back down.”

In the tri-state area, the threat comes at the same time a tweet by Irving linking to an antisemitic movie available on Amazon lead to a suspension by the Brooklyn Nets.

Irving resisted numerous times over a weeks span to disavow the documentary Hebrews to Negroes: Wake Up Black America, which is driven by antisemitic tropes about Jewish people lying about their origins as well as false claims that the Holocaust never happened.

“Such failure to disavow antisemitism when given a clear opportunity to do so is deeply disturbing, is against the values of our organization, and constitutes conduct detrimental to the team,” the Nets said in a statement announcing a suspension of at least five games Nov. 3.

“To All Jewish families and Communities that are hurt and affected from my post, I am deeply sorry to have caused you pain, and I apologize,” Irving wrote.