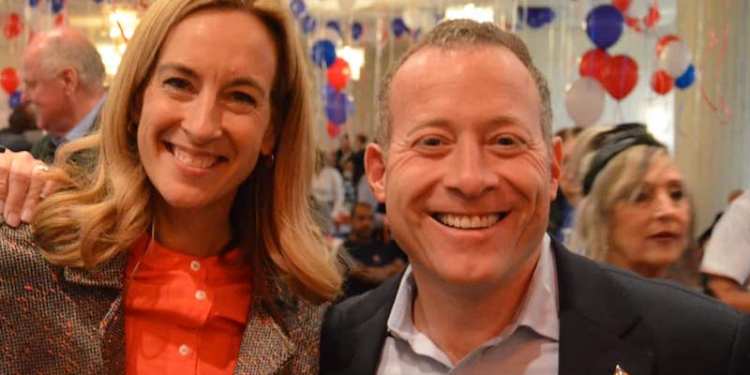 The last six years, close election after close election, have shown that your vote matters. And that is why North Jersey residents should be casting their ballots for Reps. Josh Gottheimer, Tom Malinowski and Mikie Sherrill this Tuesday if you have not done so already.

Why do we say this? Because each of these lawmakers represents what the majority of North Jersey voters want—centrists who continually work across the aisle putting New Jersey and the country before the party.

The best example of this is Rep. Gottheimer. He was one of the driving forces in getting the Bipartisan Infrastructure Bill passed. He was outfront fighting the more extreme elements of his party looking to defund the police and has authored a bipartisan bill that will increase funding and training to smaller police forces throughout the U.S. He has been named the most bipartisan lawmaker for the last two years for good reason.

For Rep. Malinowski, the outside money spent by Republicans to the tune of $4 million to get Tom Kean, Jr. elected shows you how important this race is. Malinowski is the candidate in the race receiving support from both Democrats and Republicans. Kean has been an uninspiring candidate that has offered no concrete solutions to the economy, just vague references to cutting taxes and spending. Malinowski has been the candidate that has passed legislation that will lessen the load on your pocketbook, such as lowering the cost of prescription drugs by allowing Medicare to negotiate directly with the drug companies.

And Rep. Sherrill has been at the forefront of fighting for our democracy. Sherrill stood up to tell the world about the connection of Republicans aiding those who attacked the U.S. Capitol before Jan. 6, giving tours in the days leading up to the failed insurrection attempt. And she has rightly made abortion a central issue this year. If the GOP regains the House, they will laugh at their current justification about abortion just being a state’s right issue as they attempt to pass a nationwide ban.

As for their opponents, they have made a big show of the incumbents voting close to 100% of the time with Democratic leadership. We ask this—where is their record in this campaign of leadership standing up the extreme elements in our politics today? They have spoken out more for Donald Trump than Rep. Liz Cheney, a politician who truly put country before party first. And their silence was defining when Speaker Nancy Pelosi’s husband was attacked as conspiracy theories were spread, including by the former President himself.

We noted at the beginning of the Summer that gas prices and inflation rates would dictate the outcome in this race. Consider that Gottheimer and Sherrill pushed for the release of the Strategic Petroleum Reserve that helped lower gas prices this Summer for all of us, to the point they are at the same level as before Russia invaded Ukraine. And the inflation rate has dropped from 8.6% to 8.2%—not nearly enough but a decline nonetheless.

But issues such as crime and, in New Jersey, sex education are more prominent. While they are local issues, they rightly impact when one thinks about voting. Republicans have been much stronger on these two issues that have driven their surge in the polls—along with the economy—in the last month. We understand that impacting your vote.

Let us end with this: Vote. Vote because you believe Democrats have gone too far left. Vote because you do not want a return to MAGA Trump Republicans running the House. Vote because you want a woman’s right to choose nationwide like it is here in New Jersey. Vote for a candidate or a party because that is your beliefs. All are valid reasons this year.

Vote because that is your job in a democracy. You might not like the outcome but even in losing you win sometimes—the political agenda of the last year was driven by the issues Jack Ciattarelli campaigned on in 2021 in his losing bid to Gov. Phil Murphy.

The U.S. is facing big challenges, global challenges, that will need your voice, the voice of centrists that make up this country far more than the loud extremes of each party.

The voices that do not care if good ideas are from R’s or D’s.

That is why Rep. Gottheimer, Malinowski and Sherrill have our support. They will fight for what is best for North Jersey and have proven they will work across the aisle so Washington is not in constant gridlock.