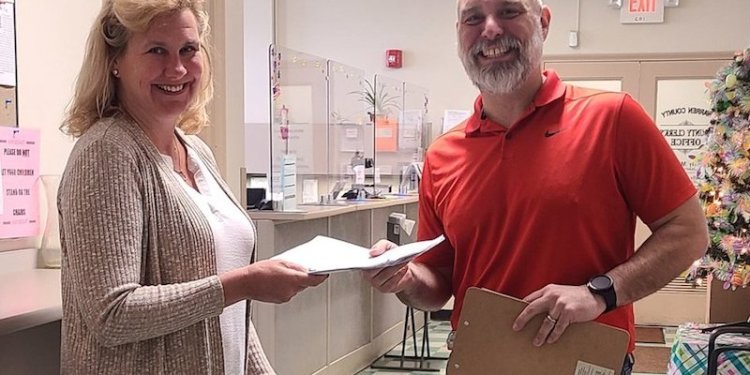 Following are the results of some of the key municipal races in Warren and Sussex counties held Nov. 8

Doherty leads Democrat Maureen McCabe by a 60%-32% margin according to the county’s website. Doherty replaced Nancy Brown as the Republican candidate for surrogate. Brown, who  dropped out of the race citing personal reasons, was the original  to run in an election created by the death of Kevin O’Neill in April, with more than three years left in his term.

In one of the Reddest counties in New Jersey, one municipal race stood out. Only four votes separated the Washington Borough mayor’s race as Republican Dale Parichuk leads Democrat Ethel Conry, 904-901.

Of note were two ballot questions. Mansfield rejected two ballot questions: by a 1,181- 864 margin, voters rejected returning the date of the annual school board election to April from November and by a 1,575-535 vote, township residents declined to withdraw from the county library system and establish a free public library.

And Pohatcong Township voted against allowing a retail cannabis facility in the existing commercial property zones by a 592-516 vote.

Republicans in Sussex County easily held three county offices, according to the county’s election website as of 11:30 election night.

In Sparta, incumbent Dave Smith lost in his bid to retain his seat on the township’s council. Incumbent Daniel Chairiello will return with Neill Clark and Dean A. Blumetti—all three candidates received over 4,500 votes. Finishing in fourth was Tara Callahan-Lisa with 2,623 votes followed by Smith with 2,413.

In Andover, the GOP Candidate was the winner of one of two seats. Jason Lane received 152 in the race for two three year terms. Democratic councilman Randolph Mallon won the other seat by 11 votes over fellow Dem Michael Giffoniello.